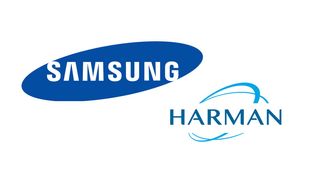 Often in these situations it's a case of a large corporation taking over a smaller company - but not here. Harman is one of the biggest players in the global audio market, and it's quite a catch for Samsung which, let's face it, has had enough troubles of its own recently.

There were already rumours flying around that Samsung wanted to acquire a specialist audio company. This latest move follows denials last month that it was planning to buy another, smaller audio brand, French speaker company Focal, which also owns Naim Audio (supplier of expensive in-car audio systems to Bentley).

At first glance, you might be wondering why Samsung needs specialist hi-fi brands such as Harman Kardon, AKG, JBL, Mark Levinson, Infinity and Revel. Samsung is not exactly a lightweight when it comes to being at the cutting-edge of new technology, so what does it see in Harman?

Look closely at the statement Samsung released this morning and its strategy becomes clearer: it's Harman's wealth of experience in the automotive market that the South Korean giant is really after, and it's in that sector that Samsung sees huge potential for growth. The company believes the value of the market for automotive electronics will grow to $100bn by 2025, and it wants a slice of the action.

“Harman perfectly complements Samsung in terms of technologies, products and solutions, and joining forces is a natural extension of the automotive strategy we have been pursuing for some time,” says Oh-Hyun Kwon, vice-chairman and chief executive officer of Samsung Electronics.

Dig a bit deeper and that strategy is further revealed: “The vehicle of tomorrow will be transformed by smart technology and connectivity in the same way that simple feature phones have become sophisticated smart devices over the past decade,” adds Young Sohn, president and chief strategy officer of Samsung Electronics.

It's that link between the connectivity of smartphones, about which Samsung knows a great deal, and the trend towards ever-more connected cars that lies at the heart of this deal.

Speaking at a recent Web Summit in Lisbon, Carlos Ghosn, CEO of the Renault-Nissan Alliance, explained that the car industry is undergoing a profound change:

"The car is moving from a vehicle of transportation to become a connected device. With the rise of autonomous or driverless vehicles, the way you sit in the car, and what you do in it, will change."

Asked if Renault-Nissan wanted to become a software company, "to become what Android is to smartphones" in the car world, Ghosn replied: "Connected services are important, whether Google, Uber, Apple or whatever, the owner must be able to use them in their car.

"Connectivity is key, but we know we can’t do it alone, we see a lot of co-operation and partnership with those firms. We (car manufacturers) are mainly engineering companies – we will have to shift our competence to computer and software skills, which we don’t currently have. So we are recruiting them and partnering with those companies that do have them."

In that context, Samsung's latest acquisition makes a great deal of sense. Given Harman's experience in providing in-car entertainment systems for the likes of Ford, BMW and Lexus (and for a lot of other car manufacturers such as Tesla on an OEM basis), it's easy to understand why Samsung would want to buy a significant slice of that market.

It's also worth remembering that earlier this year Samsung acquired the automotive business of Bang & Olufsen for €145m (including a licence for its Play sub-brand), and has since struck a deal with Ford to develop B&O Play in-car audio systems for 2017 model Fords. In addition, it has also licenced the Bowers & Wilkins brand for automotive use.

Samsung sees a golden opportunity to "combine Harman’s leadership in new connected car technologies, including its top positions in infotainment, cyber security, over-the-air updates and telematics, with our [Samsung's] significant expertise and experience in connectivity technologies, including 5G, UX/UI, display technology and security solutions. This will enhance Harman’s automotive and connected services businesses to drive greater sales and provide significant benefits as automakers speed the adoption of next-generation connected cars."

Given that Google and Apple are making a play for the future market for driverless vehicles and all that goes with them, it's hardly surprising Samsung is prepared to invest heavily in the automotive sector.

As for all those other specialist audio brands Samsung is acquiring as part of the deal, it believes they will help enhance its mobile, display, virtual reality and wearable products to deliver "a fully differentiated audio and visual experience for customers".

We've already had B&O sound on an Award-winning LG smartphone, so it's hardly a stretch to imagine Samsung bringing the Harman sound to a range of its portable products. And don't forget Google has already selected Harman as its audio technology partner for its forthcoming modular Ara Android smartphone.

Given the breadth of Harman's portfolio, from Award-winning AKG headphones to bespoke, high-end hi-fi, one thing is for certain: Samsung has bought itself some serious audio engineering. Combine that with access to Harman’s 8000 software designers and engineers who are unlocking the potential of the IoT (Internet of Things) market, and you can start to see why Samsung was prepared to pay a 28 per cent premium for those Harman shares.