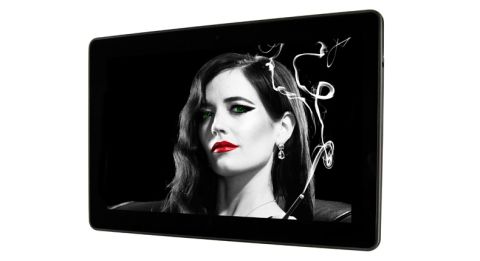 A gateway to all things Amazon, it’s a strong performer that just feels a little restricted to hold its own against competitors

The Amazon Kindle Fire HDX 8.9 is a rather different proposition to other Android tablets out there, and it’ll depend on what you’re looking for in a device – for some it will be an excellent choice, for others it could be next-to useless.

For a start, it doesn’t look anything like an Android tablet. Amazon has placed such a heavy skin over the top of it that you’d never know it was running Android at all. This also means there’s absolutely nothing familiar about its layout either, so everyone who picks up the Fire HDX 8.9 – from newcomers to tablet pros – will need to spend some time getting used to the way it runs.

It often feels like there are a lot of ways to get to the same thing. Along the top there is a menu of shortcuts, which you’ll use to access most of your content, including games, apps, books, music and videos. Each section is filled with content from Amazon and its sister companies – the likes of Audible and Amazon Prime Video – and you can upload your own content via a laptop too.

Swipe up and there’s a page for placing your favourites, pre-populated with a handful of apps like calendar, camera and Amazon’s Silk browser, while the main chunk of the tablet’s homescreen is a large spinning carousel of your apps and content, which you can swipe through and edit as you see fit. The only thing that feels vaguely familiar here is swiping down from the top of the screen for access to a handful of quick settings and notifications.

It is a layout you get used to, but it still doesn’t feel the most intuitive – some things can still feel unnecessarily buried in menus, like access to your own personal videos – and overall we’d say it lacks a little cohesion compared to a standard Android layout.

The Kindle Fire HDX 8.9 is a tablet that puts entertainment first. If you’re looking for a tablet to edit documents on, produce presentations and act as a laptop alternative, you’ll need to look elsewhere – this tablet is all about music, movies and games.

It’s a tablet built around content, and most specifically, content from Amazon. We’d usually complain about such a heavy-handed approach, but then we’d expect anyone considering buying it to already subscribe to a large chunk of Amazon’s services, or are open to the idea of it. It just doesn’t make much sense otherwise.

Of course you can upload your own content to the Fire HDX 8.9, but within every menu you are presented with suggestions for Amazon content. It’s everywhere. That’s not necessarily a bad thing – the selection is superb and prices are competitive. It’s a neat ecosystem that makes browsing, buying and consuming content very easy indeed.

The only snag? All of the content you buy on this tablet will be from Amazon and Amazon alone. There’s no access to the Google Play app store like you’ll get on regular Android tablets - only Amazon’s own, and therefore it can feel rather restricted.

The video and music side of things is pretty well stocked but it’s apps that are of biggest concern. While there have been big improvements to ensure the majority of them are there, you will find some missing or delayed. Unlike Google, Amazon verifies every app in its store, which can take time.

We also found some gaps in major control apps for kit – Onkyo and Sonos are there for example, but Pioneer and Yamaha are nowhere to be seen.

That said, despite being a competitor to Amazon’s Prime Video service, Netflix is available to download - as are the likes of BBC iPlayer, Spotify, Deezer and Rdio. There’s no Tidal just yet, but we did find Qobuz, meaning streaming from other sources is pretty well catered for. If you prefer to download, you’ll want to be sure Amazon’s offering floats your boat before jumping in.

When it comes to performance, the Kindle Fire HDX 8.9 is no slouch thanks to its 2.2GHz quad-core processor and 2GB RAM. We’ve had multiple tabs on the Silk browser open, a book on the go, jumped in to a film and downloaded apps, and we never once saw it slow up. There is a slight delay on pressing the unlock button to the screen waking, which is a small niggle, but other than that, everything we did was as quick as we wanted it to be.

For a device so based around content, the display on the Fire is an important part for Amazon to get right, and it absolutely has. Its 8.9in screen is a stunner, matching the Samsung Galaxy Tab S for resolution at 2560 x 1600 and packing in 339ppi.

The screen is bright and colours are rich and vibrant, yet accurate and well balanced. Outlines are crisp and clean, and it does a superb job at digging out fine detail in scenes, dealing particularly well with textures and giving depth and believability to landscapes.

Contrast handling is strong too: blacks are deep and detailed, and whites are bright if a little flat and unsubtle at times. And viewing angles are good; its bright screen making it usable in sunlight without any problem.

Battery life on the Fire HDX 8.9 is extremely impressive; in our battery rundown test, looping a 720p-video at half brightness with wi-fi on, it managed 14 hours and 13 minutes, four hours longer than the iPad. Another important win for a tablet based around content.

When it comes to music, the Fire HDX 8.9 offers a promising performance too. Plug in some headphones and fire up a WAV CD-rip and you’re presented with a full-bodied, well balanced sound. There’s a decent amount of detail retrieval for what we’ve come to expect on a tablet, though something like the Sony Xperia Z3 Tablet Compact will give you a touch more insight.

It does fall down on organisation, though – give it a complicated orchestral track, or a busy, riff-heavy rock recording, and it can lose its composure somewhat and get a little flustered.

The stereo speakers on the Fire HDX 8.9 are well placed along the top-edge on either side of the tablet. Sound from them is passable, doing a good job with pushing dialogue forward. Soundtracks can sound a little strained at either end of the frequency range and ultimately lack depth, though. It’s a little indirect too, since the speakers are placed on the back panel – a front-facing solution would offer a much more immersive experience.

The design, in general, is well thought out and nicely executed. It’s a plastic construction; the back panel offering a soft-touch rubberised effect with a design that tapers at all edges to help with grip.

The power and volume buttons sit on the back on either side of the device (when held in landscape, as this tablet feels like it was intended to be), and at a good height that you can access them whenever you need.

There’s no microSD card slot here, so you’ll have to choose your storage at the point of purchase, between 16GB, 32GB and 64GB – as ever, we’d recommend going for 32GB as a minimum if you’re one for downloading lots of content.

The intention for the Fire HDX 8.9 in landscape is notable by the Amazon logo on the back and the placement of the cameras – both back and front are placed in the middle on the top of the device when in landscape. This actually makes it a little trickier to make any real use of the main 8MP-camera, as it’s a little awkward to hold.

Persevere though and you’ll get reasonable results. Colour reproduction is pretty accurate and there’s a decent amount of detail up for grabs. Pictures look clean and sharp at first glance, but a full zoom will show up some soft outlines.

Exposure is generally accurate, though indoor strip-lighting can throw it somewhat, and there’s an HDR mode, which works well for shots outdoors. We’d like auto-focus to be a little quicker – it takes a second or two to adjust before we can take the picture.

Finally, an LED flash is at your disposal should you need it for low-light shots and without it they can be rather noisy.

There’s a lot to love about the Kindle Fire HDX 8.9. In terms of performance, it’s up there with the best of them, with a great screen, a good way with music and movies and a strong battery life. But its locked-in ecosystem isn’t going to be for everyone.

Amazon’s services offer most of the content you could ever want, but there is still the odd omission that makes us long for the openness of Google Play and all of its choice.

There are few tablets so well built around content and entertainment though, and if that’s your main aim, and you don’t mind jumping on board with Amazon’s services, the Kindle Fire HDX 8.9 is a great consideration. We just wish Amazon would give us the choice.