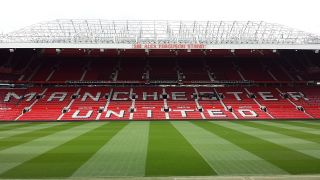 The Manchester derby is all about bragging rights. There's little chance of the Reds catching the Sky Blues this time around but the opportunity to give your arch rivals a bloody nose is never one to be missed in the Premier League. Want to know who'll be holding the red-soaked tissues? You can find all the details on how to watch a Manchester United vs Manchester City live stream below.

The gap between the two clubs is a sizeable at 15 points going into the game. There are 22 points between City and top spot, and just three between United and Chelsea in fourth.

Of course, this is all complicated by City's proposed European ban but Solskjaer's side can't rely on fifth spot for a Champions League berth given that an appeal from their neighbours could slow things down to a ban beginning the season after next.

Hopes are high that Daniel James, Aaron Wan-Bissaka and Harry Maguire will be fit to take the field at Old Trafford. Paul Pogba and Marcus Rashford remain out.

Pep Guardiola may have to do without star man Kevin de Bruyne who missed the FA Cup game in the week with a back injury. It may be deemed wiser to hold off his return for next week's league fixture against Arsenal.

City may not have been at their barn-storming best since their outclassing of Madrid at the Bernabeu but they've been doing what it takes to get the results in the mean time. Leroy Sane is still not ready to play. Guardiola has only lost once at Old Trafford as City manager.

The game kicks off on Sunday 8th March at 4.30pm. You can watch Manchester United vs Manchester City live on Sky Sports Ultra HD in 4K.

The rights to show Manchester United vs Manchester City in the US belong to NBC Sports, who offer a Premier League season pass for just $14.99 for the rest of the season.

FuboTV free 7-day trial - watch the Manchester derby for free
FuboTV offers a 7-day free trial with access to stream over 100 channels of live sports, TV shows and movies. One of those channels is NBC Sports which means you can watch Manchester United vs Manchester City for free too.View Deal

NBC Sports is also available alongside 90-plus other TV channels via live streaming service FuboTV who do a seven-day free trial which could allow you to watch Manchester United vs Manchester City for free.

Even if you've paid for access to Manchester United vs Manchester City, trying to access streams from outside that territory – if you're on holiday or working abroad, for example – is a problem. These services know your location based on your IP address, and will automatically block your access – even if you’re a national of one of these countries.

You can get three months free when you sign up to a year-long plan, bringing VPN access to smart devices including the Amazon Fire TV Stick, laptops, TVs and both Android and iOS mobiles and tablets.

You can find a full list of the world's broadcasters with rights to show live Premier League football here.

Manchester United vs Manchester City is available in 4K on Sky Sports Ultra HD. You'll need a Sky Q box and the HD and Ultra HD add ons to enjoy it. Check out the best Sky Q deals for the best current prices.

Sky Q now supports Dolby Atmos, as long as you own the Sky Q (2TB) box, which is the only way on the Sky platform to watch in 4K Atmos.

And of course you'll need a 4K compatible TV to see any of the games in Ultra HD, so check out our round-up of the best 4K TV deals if you're looking to upgrade.

Now TV Sky Sports pass from £5.99 a month
Pick up a Now TV pass for as little as £5.99 and you can enjoy the Manchester derby. Prices start for mobile-only access. For the TV pass, it's £9.98 for 24 hours. It covers Sky Sports Premier League, Sky Sports Arena, Sky Sports Action and Sky Sports News.
View Deal

For those who don't want a Sky Sports subscription, Now TV offers the channels for mobile as well as for TV for the day, month or the year.

The Now TV app is available on the Xbox 360, Xbox One, PS3 and PlayStation 4 game consoles. It's also available on YouView, Roku boxes and its streaming stick, EE TV and Apple TV, LG Smart TVs and Blu-ray players, and Google Chromecast.

Alternatively, you can invest in the Now TV Smart box, which is compatible with Windows, Mac, Android and iOS devices.

If you're more interested in watching a Manchester United vs Manchester City live stream online, there are a number of avenues to explore.

For Sky games, the Sky Go app is available at no extra cost to Sky customers. Matches can be streamed through compatible Android, iOS and Kindle Fire devices as long as you subscribe to the relevant package.

If you have a Virgin TiVo box and access to BT or Sky, you can watch on-the-go through Virgin's TV Anywhere app. And if that's not enough, there is Twitter's deal with Sky Sports to show goals and highlights via the Sky Football account.

It's available on iPhone and selected Android devices. Once the term finishes, you'll have to pay £5.99 per month for the package.

There's also the Live Football Score Centre app, which keeps track of all the latest scores and news, as well as match highlights. A new deal gives Sky access to clips of all 380 matches.

Let's not forget the wireless. Both the BBC and talkSPORT have rights to broadcast live football matches, with around 260 being heard over the season.

The Beeb won four of the seven available packages, giving them first pick of Saturday 3pm kick-offs, both Sunday games and a selection on Friday, Saturday and Monday evenings and that includes Manchester United vs Manchester City which you can listen to live on BBC Radio 5 Live.

And you don't have to own a radio to listen to 5 Live. It can be heard on the BBC Sport website or via Freeview, Freesat, Sky or Virgin Media.

When can you watch Match of the Day online and on iPlayer?

Match of the Day has been shown live on TV on Saturday evening (almost) since time began, and is now joined by Match of the Day 2 on Sundays. But what about watching Premier League highlights online?

Match of the Day is available through BBC iPlayer, but there are a few stipulations.

The show won't be available straight after the programme finishes its live broadcast. Weekend editions of Match of the Day will be online from midnight on Monday (in practice, the early hours of Tuesday morning), while midweek episodes will be on iPlayer from midnight the day after it's broadcast.

You can download Match of the Day for offline viewing, but it is time-sensitive and will disappear as soon as the programme leaves iPlayer.

Match of the Day can also be streamed live at the time of broadcast via the BBC iPlayer website.