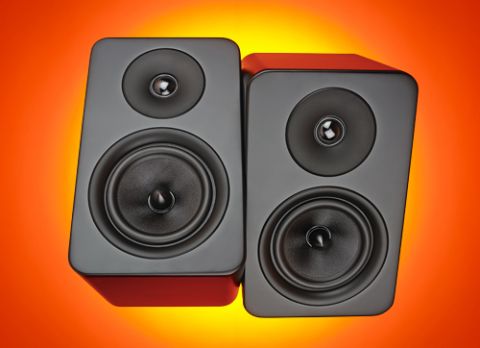 An adrenalin junkie that bounces off the walls, but its one-track mind is an obstacle to a whole-hearted approval

A middle sitter in Roth’s latest ‘OLi RA’ speaker range – sandwiched between the entry-level RA1 bookshelfs and range-topping RA4 floorstanders – the RA2s take the form of earlier model OLi 20, but are the upshot of tweaks to the mid-bass driver and an increased cabinet size.

It may be a more understated design than the previous maple and silver presentation, but it still looks plush for its price.

And feels it too. The cabinets are solidly made, curved round the edges and smooth to handle as we place them on our reference stands.

We weren’t overly crazed with the OLi 20’s sonic performance due to blemishes in timing and bass, so we’d hope changes to the driver this time round would cut the mustard with overall frequency response.

So how does its big brother fair up?

A bit like an intoxicated teenager, actually. Hostile, daring and prone to lapses in concentration, the RA2s generally bulldoze their way through music, staggering over much detail.

Eminem’s Cold Wind Blows is manipulated into a one-pace ride and it’s difficult to overlook its edgy hardness. As if suffering from insomnia, they even manage to induce a rush from Bon Iver’s Holocene.

Despite reworks to the driver, bass feels placid and vague in Led Zeppelin’s Stairway to Heaven, as if in protest against the rest of the frequency spectrum.

Unfortunately, bass line can seem sluggish as a result.

Heading north up the frequencies, treble manifested a hardness and brilliance in the same Led Zep track.

We ran them in for a week in total to see if this would calm down, but it maintained much the same harshness as before.

Although we just wanted them to fatigue by the time we entered Norah Jones territory, the energy they exhume is remarkable and we generally like their positive attitude.

The midrange and treble work well in tandem to create that fast and upbeat tempo, awarding Kanye West’s All of the Lights all the zest and zeal it deserves.

Any rival would find it hard to compete with their enthusiasm. True exhibitionists, they will appeal to those who like a raw and edgy twang to their music.

Their sense of openness easily fills the soundstage too, and vocals yield sufficient amounts of clarity and focus – especially when placed 20-30cm from a rear wall and slightly toed in.

There are things to like about the RA2s then. Vocal clarity and spaciousness are flattering traits - though it’s their clear enthusiasm for music that we find most admirable.

If you’re looking to juice up your system, they will offer more cartons of it than any.

But good intentions don’t always pay off, as flawed superheroes can bare claim to – their narrow-minded manner won’t appeal to all and it’s catch-22 for anyone who likes even a smidgeon of smoothness and finesse.

Without greater detail, a finer-tuned bass, softer treble and more tact with mellower tracks, it’s hard to give the RA2s our stamp of approval.

Dig further afield for a more versatile performer with the same £150 sticker and you’ll hit gold with, say, a pair of Tannoy V1is or Cambridge Audio SX-50s.