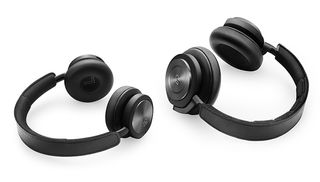 Both new headphones have a raft of new features to tempt the headphone-hungry, including proximity sensors (that will turn off your audio when they detect you've taken them off) and a one-touch transparency mode( so you can hear your surroundings more quickly).

The company has also added dual-device connectivity so you can pair the headphones - via Bluetooth - to both your smartphone and your tablet or laptop simultaneously.

Battery life has also been improved: the H8i have a claimed 30 hours of life, more than double that of the H8, while the H9i can get 18 hours from a single charge.

There are a few new individual features to the headphones too: the H8i has physical buttons instead of the, ahem, "mesmerizing [sic] touch control" (their words, not ours) of the H9i.

The H9i also apparently have improved sound quality, thanks to a bass port that "ensures optimal and more powerful bass", and active noise-cancellation has been improved to better cancel human voices.

Sony takes the covers off yet more headphones at CES 2018