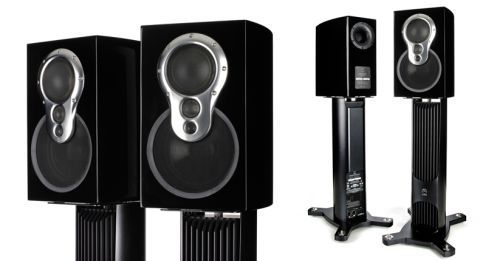 This system makes a formidable argument for Linn’s Exakt philosophy. Rarely have we come across such a neat, compact and talented system

There’s no mistaking Linn’s pride in its high-end Exakt range. The brand states (rather boldly) that these systems represent “the most direct connection ever made between you and the artist."

Usually we don’t take much notice of such claims, but here we’re impressed by the company’s refreshingly holistic approach to music replay. Linn understands the music recording/playback chain better than most.

It makes everything from original recordings right the way through analogue and digital sources to cables and speakers. Rarely have we come across a specialist hi-fi manufacturer with fingers in so many pies. Naim Audio is the only other specialist company we can think of with a similarly wide spread of products.

The idea behind Exakt is to preserve the original music file as far along the replay chain as possible before any processing takes place and, from there, process the signal with as little degradation as possible.

The signal path is as follows. Let’s start with a 24-bit/96kHz Studio Master file stored on a NAS unit. The Exakt streamer – in this case an Akurate Exakt DSM (a streamer/preamp) – simply reads the digital file and passes it on to the Exakt digital-processing engine housed in each of the speaker stands.

The connection between the DSM and the speakers uses conventional Ethernet cable. The clever bit is the way the signal is transmitted. Linn couldn’t find an established digital standard it liked, so the company decided to develop its own.

It took three engineers more than eight months to complete the project – the result is called the Exakt Link, and it can transmit up to eight channels of 24-bit/192kHz music streams with very low jitter while maintaining excellent synchronisation between speakers.

Each channel pulls in the appropriate (left or right channel) lossless data into its Exakt processing engine. It’s here a lot of clever things happen. First, room optimisation is applied to the music data, followed by a digital crossover that filters the correct range of frequencies for each of the Akudorik’s four drive units.

At this point the processing also eliminates magnitude and phase distortions caused by the crossover, drive units and enclosure. Delays are applied to the signal for each of the drive units to ensure proper time-alignment.

The next step involves scaling the data according to the volume level set on the DSM. Just to be clear, the volume adjustment is done in the digital processing engines in the stands, not in the Akurate Exakt DSM unit. The digital stream is then sent to the appropriate DAC, which feeds the now-analogue signal straight into a power amp.

The final step in the signal path is the direct connection between the power amp and the drive unit. The important thing to note is that the original 24-bit/96kHz file remains intact up to the point it enters the DAC (unlike on a conventional signal path where the music data is converted to analogue by the source component).

All the processing is done at 32-bit, so the data shouldn’t be corrupted in any way. So Linn’s argument for Exakt is persuasive, even more so when you see the system. This is true high-end hi-fi, but as discreet as just about any lifestyle-orientated alternative.

Fit and finish are as we’d expect, the Akurate Exakt DSM being as understated and classy as most Linn electronics. It’s a well equipped unit with a good range of analogue and digital inputs including HDMI, though this is for stereo replay only as there's no home cinema decoding. There are single-ended and balanced analogue outputs, as well as connections for the crucial Exakt Link.

The Akudorik speakers are even more exotic. Their stands not only support the speakers but are home to a quartet of Linn’s Chakra power amps and the Exakt digital processing engine. All the electronics are housed in the finned casing you see at the centre of the main column – this support is a terrific piece of engineering and carries a hefty price tag of £9500 to prove it.

Add speakers and the price goes up to £13,500, though you’ll need a dedicated Exakt source for everything to work. These monitors use Linn’s usual three-driver array of 13mm silk-dome supertweeter, 25mm polyurethane tweeter and 75mm polyurethane-dome midrange mounted onto a curved, metal front baffle (as a drive-unit material, polyurethane is heavy and so reduces efficiency, but Linn thinks its internal damping and resultant neutral sound is worth the hit.)

A 16.5cm doped-paper cone bass driver augments this array. The Akudoriks are relatively compact, standing just 35cm high, so they shouldn’t dominate in most rooms. Their ability to fit in is not just about compact dimensions either. These speakers come in six standard high-grade finishes – Black Ash, Cherry, Oak, Rosenut, Walnut and White.

These options are available in either standard or high gloss versions. Not good enough? Linn also offers a range of 200 premium high-gloss colour options, which means even the fussiest of interior designers should be satisfied.

Speaker positioning is far less of an issue than usual. Using Linn’s Konfig software (available from the company website) the Akudoriks can be optimised for most places in the room. We tried the speakers both in free space and close to the wall and the performance was pretty much the same.

This kind of flexibility is almost unheard of with speakers generally, let alone at the high end where performance usually comes first.

In many ways this is an astonishing system. We can’t think of an alternative that delivers a sound with such detail and focus. All that digital work to match the phase and outputs of the drivers really pays off.

This set-up is as even as they come, delivering the kind of top-to-bottom coherence we’ve only heard in single-driver designs. It’s a fast sound, magnificently agile and as articulate as you like. We sit back in admiration at the way this system unravels a demanding piece of music such as the Jurassic Park OST by John Williams.

It’s a highly composed performance, with the system able to track the subtlest instrumental strand with ease. If you value control and insight above all we doubt you’ll get better for the money. We’re struck by the system’s direct presentation.

There’s a solidity to leading edges that’s a pleasure to hear, and makes the efforts of even the best passive speakers we’ve heard sound blurred and soft in comparison. Stereo imaging is excellent. It’s wonderfully stable and pin-sharp in focus, and layered convincingly.

The size of the soundstage is terrific too. It extends well beyond the outside edges of the speakers, making it incredibly hard to pinpoint their position with eyes closed.

We listen to a range of recordings from Michael Jackson’s Thriller (24-bit/176.4kHz) and Miles Davis’s Kind Of Blue (24-bit/192kHz) to a 320kbps file of Alt J’s This Is All Yours and are pleased with the system’s consistency across genres.

It’s insightful enough to make the difference in recordings (in some cases) painfully obvious, but give it something reasonably well produced and it shines.

We rate this package highly, but think the Akudorik speakers are the real stars. Just for fun we feed in the digital output from our reference Naim NDS/555PS streamer (which costs more than three times as much as the Exakt DSM) and find notable improvements in authority, punch and rhythmic drive.

It shows that the speakers are capable of more than the streaming section of the DSM delivers. As things stand the Akurate Exakt/Akudorik system remains a highly capable package.

It’s nicely made, exotically engineered and designed with a flexible approach to ensure it delivers in a wide a range of environments as possible. We wish more high-end manufacturers would take a similar view.