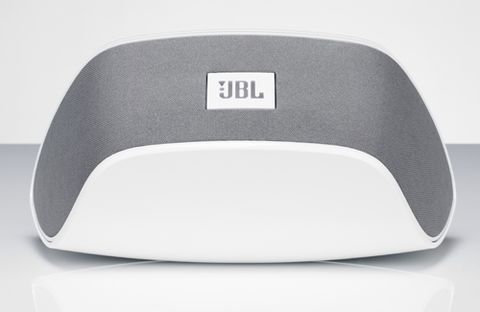 What it does, it does competently; it just lacks any versatility

The JBL Soundfly BT is a simple product: it’s a wireless Bluetooth speaker. You plug it directly into a power socket, link it to your media device via Bluetooth, and it plays whatever audio you’re streaming. And that’s your lot. Simple.

This unit is mains powered only, so it is tethered to the electric socket you plug it in to. It doesn’t even need a shelf to sit on – it just sits there happily in the socket itself. That does mean, though, that there’s no listening in the garden or park.

One important point to note on placement: while the Soundfly BT plugs in to one socket, the width of the unit means that it blocks the second input in a normal UK double-gang socket. So, while it needs no shelf or table space, you may well still need to make allowances for its place in the room.

And, of course, many sockets in UK houses are down at floor level. If that’s where your powerpoint is, that’s where the Soundfly BT will be…

Once it’s plugged in, the unit tells you that it’s in pairing mode: seek it out on your mobile device, or laptop or whatever, and linking to the Soundfly BT is a piece of cake. That’s pretty much it for set-up. Volume is controlled by your device – it works with iOS or Android, for which there is a bespoke app.

That simplicity of thought with the design of the Soundfly BT proves to be both a boon and a burden.

It’s ideal if you want to have some tunes playing in the background while you’re preparing a meal in the kitchen, for example (where there are more likely to be sockets at a reasonable listening height, too). Or, similarly, when you’ve got people round and want to add some atmosphere to a room. In those situations, it performs its job admirably.

For most other circumstances, it can’t quite cut it.

The sound it produces is commendably clear, and goes impressively loud for such a diminutive box. But it is focused a little too much, for us, on the midrange – a trait that serves it well in its ‘background tunesmith’ role, but lets it down a bit when you want to pay more attention to the music.

With that midrange concentration, voices are clear and precise, as is much of the instrumental range. Which is why this little box is so effective in that background-music role – its sound cutting through background kerfuffle with ease.

But, while it goes loud, it does so a little uncomfortably. Treble notes bite and sting rather than ring true, and only judicious fiddling with the volume control on your device will temper this.

It’s not so surprising, perhaps, that bass is a touch lacking – this is a box a mere 19cm wide after all. What bass there is, however, is at least nicely fast and attacking.

The major problem for the Soundfly BT, though, comes in what else is out there for this sort of money. Pure’s superb Jongo S3 costs £20 more, but it’s far more versatile – with a rechargeable battery for go-anywhere sounds, various input methods and changeable covers.

More importantly, it sounds markedly better than this JBL, with greater weight and scale, and better resolution. We wouldn’t think twice about spending the extra money.

The Soundfly BT does its job perfectly well. As a means of having music on in the background (rather than music to concentrate on) it’s well worthy of consideration – it’s extremely convenient and easy to set up, and it produces a sound that will cut through background hubbub.

But, at this price, it is limited by too many factors, that too many rivals deal with easily. And the sound it produces isn’t good enough to make up for those limitations.