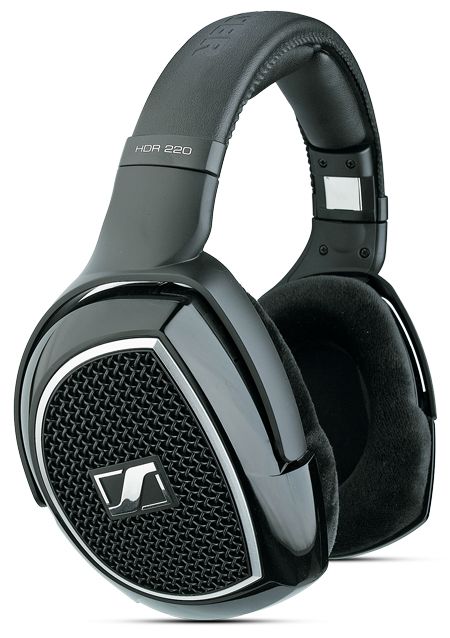 Listening through headphones can be untidy. Who among us hasn’t had our enjoyment interrupted by a pet, child or significant other getting tangled in the cables strung between system and sofa?

There are plenty of wireless cans out there, of course, but they always seem to involve too much in the way of sonic sacrifice.

Well, Sennheiser certainly thinks it’s solved that particular problem with the RS 220s which, it claims, boast audiophile sound quality thanks to uncompressed 2.4GHz wireless transmission between the transmitter – which has optical, coaxial and analogue inputs and also acts as a neat charging dock – and the headphones.

Sennheiser RS 220: Sound quality
It largely works a treat, with tracks emerging from the firm but comfortable earcups in impressively clear, tonally balanced style. The soundstage is wide, capable of strong stereo focus and separation of different instruments and musical strands, yet everything still hangs together rather well.

Although there’s little of the background hiss you might expect from wireless headphones, we did experience the odd crackle, and it’s fair to say that £350 spent on wired headphones can result in greater excitement.

Still, the RS 220s involve far less sacrifice than the majority of wireless solutions, so if it’s cable-free home listening you’re after they’re absolutely worth an audition.