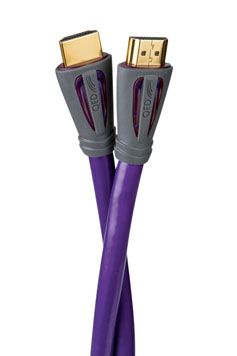 A perfectly good cable that just falls down in its pricing

The Performance HDMI-e, is the cheaper sibling of the ‘Superspeed’ version we tested in 2010.

It is sandwiched, pricewise, between the Superspeed and the Award-winning Profile (£25/1m).

It does about as good a job as the supremely capable Profile, although we think the cheaper cable’s motion-handling has the edge.

It does, however, have an ethernet channel, which the Profile doesn’t. If you don’t need ethernet, we’d go for the cheaper Profile, and pocket that extra tenner.