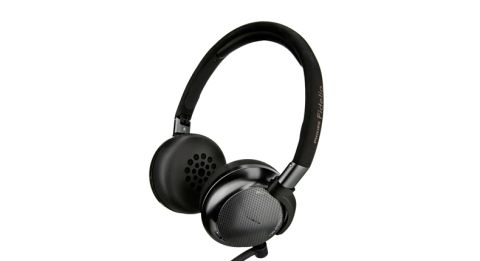 Great for size and portability, but their sound quality can’t compete with the competition

With a design even smaller and lighter than the QC25s, the NC1s are seriously portable headphones – crucial in this arena – and helped further by their collapsing design.

Perhaps rather strangely for a pair of noise-cancelling headphones, though, Philips has gone for an on-ear design for the NC1s, rather than the over-ear design of most of their competition.

It’s a design we’ve seen Philips' Fidelio brand do well with in the likes of the M1MKIIs and the M2BTs, but for noise cancelling, we’re more used to seeing a full earcup in order to offer extra isolation from outside sound.

As it turns out, these Philips headphones don’t suffer too much from the on-ear design. At a decent volume, white noise is hard to pick up during music playback, though at quieter levels a background hum is more noticeable than we experience with the likes of the PSB M4U 2s.

Office environments don’t fare quite so well, with conversations and phones creeping in fairly easily – we think it’s in these situations that the passive isolation of an over-ear cup really helps.

Otherwise the design works well. The NC1s look more stylish than the Bose QC25s, with a sleeker build made up of aluminium on the cups and a soft-touch material on the headband. The cable is a sturdy woven design, available both with or without inline controls, and there’s a carry case to provide protection against scratches from inside your bag too.

Being slender and lightweight, they’re comfortable to wear for long periods, with the memory foam and leather earpads not making our ears feel hot during extended listening.

The battery for the Philips Fidelio NC1 is rechargeable via microUSB and will last around 30 hours on a full charge, topping the Beats Studio by some 10 hours and putting the NC1s closer to competitors using AAA batteries.

That’s pretty impressive – and if you ever are caught short without juice, the NC1s are capable of passive playback, and do a good job of it too.

Speaking of audio, we ran the NC1s in for two full charges before we started testing and even then we have heard improvements from there on in. Invest in these and it will be worth giving them a lengthy bedding-in period if you want the best from them.

When it comes to performance, the NC1s show plenty of bite and attack to their presentation, but sound noticeably smaller than something like the PSB M4U2s, and don’t show the same level of separation and space as the Bose QC25s.

The presentation tends to lean towards the upper midrange and treble, with the bass scaled right back. This imbalance means there’s something of a lack of warmth and body in the low end to balance out the treble when it pushes too hard, leaving the NC1s sounding somewhat uptight.

Ellie Goulding’s Burn is a good example of this, with the electronic synth melody ruling the roost in the presentation, while the drum bassline – though taut and controlled – takes a backseat, with very little power to push through and be heard.

This dialled back low-end can leave vocals sounding a touch harsh and vulnerable at certain frequencies without the depth to balance them out, and the leading edges to some notes to sound hard too.

Strangely, turn off ANC and you’ll find bass is boosted, losing some of its tautness and a level of clarity across the whole frequency range, but adding some much needed warmth and body to proceedings. You wouldn’t buy these cans for this alone, but it’s good to know a fair performance awaits you should you run out of battery.

Detail retrieval is decent and insight is good, though we’re not convinced at the NC1s’ ability to handle really complex rhythms. While they’re agile enough to keep up for the most part, feed them something as frantic as System of a Down’s Chop Suey! and they start to unravel.

The connection between the song’s frantic guitar riff and the brash cymbal crashes doesn’t seem to be communicated as well as we’ve heard in something like the PSB M4U2s, with them seemingly working independently to one another rather than weaving together as two parts of a whole.

The Philips Fidelio NC1 headphones are unfortunately not the roaring success we were hoping for from the brand, often finding themselves held back in pure performance terms by their size and design.

Noise cancellation is surprisingly decent all things considered, and we love how light and portable they are for travelling. They sound as small as they look, however, while their sonic balance means their sound can lack punch and warmth, leaving them somewhat unengaging.

As it is, the Bose QC25 offer a lot of what’s attractive about the NC1s in a better thought out, better-realised package. It can only be three stars for the Philips.