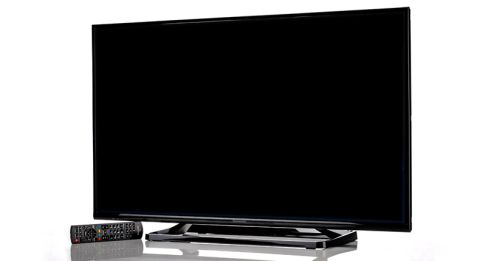 This user-friendly TV with its rich, bright hues (and good value) is worth a viewing

One of the biggest perks is Panasonic’s excellent, user-friendly My Home Screen interface.

You can customise multiple home screens with shortcuts to your favourite apps (BBC iPlayer, Netflix, YouTube, or Wuaki.tv), and you can access the guide in a sidebar instead of in fullscreen mode – it’s a nifty feature that makes channel-browsing a dream.

If the standard remote wand feels old hat, the remote app is a smart alternative. Picture settings can be tweaked from the app, alongside changing channels and launching smart apps.

The highlight is the ability to beam photos, music and video stored in your smart device straight to the TV using a simple swipe gesture. It’s quick, easy and works smoothly.

The perks you don’t get with this TV, compared to Panasonic’s pricier offerings, are Freetime (which lets you catch up with any TV shows you missed in the past few days) and the myStream programme-recommendation feature.

So far so good, but a personalised smart portal alone won’t win us over. The Panasonic TX-42AS500B’s picture quality is entertaining, though, with a huge helping of detail and a side order of crisply defined edges when watching DVD and Blu-ray films.

Standard-def content takes the expected dip in quality, but it’s still an engaging, colourful picture even with some noise creeping in. Whites are punchy and shine bright.

Panasonic’s naturally rich colour tone gives punch and vitality to the primary-coloured brick-world of The Lego Movie. The blocks of colour are bold, and scenes are brightly lit.

Much like the Panasonic plasma screens of old, there’s a very slight yellow tinge across the colour palette.

A ‘cool’ setting tempers this somewhat, but trying to get rid of it completely bleaches out the rich hues. We can forgive that sunny disposition – but not the greying black levels.

Play a more natural-looking film such as The Monuments Men, and the dark scenes show up as greyer on the 42AS500B than on some rivals, and it can be hard to make out objects and people in low light.

The blacks aren’t as inky and deep as we’d like – without darker, more insightful blacks we don’t get the dramatic sense of contrast we want.

The TX-42AS500B may not be as slim as a flatscreen TV can be, but the slightly thicker chassis means the sound is weightier than usual.

The AS500 is low down in Panasonic’s 2014 range, but still we’re a little surprised to see a scant offering of digital inputs.

There are only two HDMI connections (one supporting ARC) and a single USB port. You do get an optical output and Freeview HD tuner, while analogue connections are covered by composite, component and scart inputs.

Connecting to a home network can be done wired or wirelessly, and DLNA compatibility means you can stream media from connected laptops, smartphones or NAS devices.

The lack of inky deep black levels may put some off, but this user-friendly TV with its bright hues is worth a look.

We are particularly fond of the customisable interface. Rivals may offer a more natural colour balance, but this richly detailed and colourful screen is still a pleasure