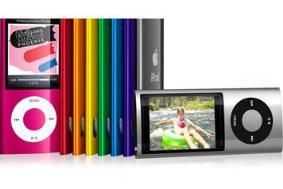 Under European Commission plans to be published this week, Apple and other leading MP3 player manufacturers might have to limit default volume settings on their products even further, and alert customers to the long-term dangers of playing music too loud.

Campaigners say a safe listening level is below 85 decibels for 40 hours use a week, but some MP3 players play music at up to 120 decibels. Apparently Brussels wants the maximum decibel level to be reduced from 100 to 80 decibels, with all future music players built to the new standard.

"Current safety settings are not good enough to protect people," a source in the European Commission's consumer affairs directorate told The Times newspaper.

"There will be default volume settings so people can protect themselves and there will be new information requirements either on the screen or on the devices themselves."

"The aim is to make people aware that beyond certain noise levels you risk long-term damage to your hearing, but users will be given a choice and have an option to override [the limit] if they want."

One suggestion is that portable music players may have to carry health warning labels or have a system of on-screen alerts triggered by the prolonged use of headphones at high noise levels.

The proposals follow the findings of an EU scientific committee last year that said between five and ten per cent of portable MP3 users risked permanent hearing damage because they listened to too much music through headphones at or above 89 decibels.