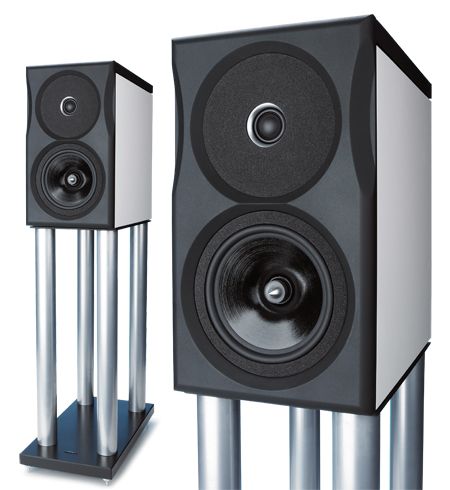 When partnered with care, the XLSes are entertainers of the highest order

You know you’re in the presence of great hi-fi when all you can think about is how much you’re enjoying the music and what album should be played next. That’s exactly what happens every time we listen to Neat’s new high-end standmounter, the Ultimatum XLS.

Even at this elevated price level, this kind of immersion is unusual. Yes, we regularly hear hugely capable rival offerings: most dissect a recording, revealing every strand of detail, and just as likely every flaw too. To have speakers capable of that – which these Neats are – yet still able to present the music in such an utterly addictive manner is something rather special.

As if to prove listening pleasure rather than technical ingredients matters most, just a month after singing the praises of the single-drive-unit approach in Eclipse’s TD510ZMk2 we find ourselves deeply impressed with what Neat has achieved with its five-drive-units-per- cabinet at similar money.

Yes, five drive units. The first four are easy to spot; two drivers mounted conventionally on the front panel and a pair of upward-firing super tweeters on the top (shown below). The fifth unit is an additional mid/bass driver hidden inside the cabinet – it works in an isobaric arrangement with its visible twin.

Isobaric bass loading is rarely seen, predominantly because of cost and added complexity. It involves using a pair of bass drivers, one in front of the other with a small air gap between them.

The two units are connected in phase, meaning the air pressure between them stays relatively constant. This leads the front driver to behave as though it’s in a much bigger cabinet. The result is more bass power and depth than one would expect from an enclosure of this size.

The XLSes live up to this end of the isobaric bargain. These 38cm-tall speakers can hammer out the seismic lows on Hans Zimmer’s Inception OST in a mighty determined fashion. With our eyes closed we could easily believe we were listening to a decently sized pair of floorstanders.

The Neats’ low-frequency talents don’t stop with muscularity. They have a properly agile way with bass, displaying enviable agility and definition.

Move up the frequency range and it’s the use of three tweeters that we find intriguing. The forward-facing unit is a high-quality, but fairly conventional, 26mm soft Sonomex dome.

A pair of upward-firing Emit ribbon super-tweeters augment the output of the soft-dome unit on the front panel. They kick in at around 13kHz and go on all the way to around 40kHz. The aim is to increase sonic openness and stereo image scale, and that’s what they do.

We proved this by covering them with pillows – very sonically absorbent. The resultant losses were exactly in the areas suggested. Our only worry is that, being rather exposed, they are vulnerable to dust and damage.

These Neats repay careful installation as much as any rival. They respond well to amps with lots of grunt, so don’t skimp in this regard. Our resident 300-watt-per-channel Bryston BP26/4B SST combo worked a treat.

We suggest using the speaker’s dedicated stands. At £910, these are pricey, but they work so well, sonically and visually, that we can’t think of any other mounts that would be preferable. In any case, the speakers’ unusually generous depth – 37cm – makes it hard to find suitable alternatives.

As far as positioning goes, the XLS liked plenty of space to breathe our 5.5m x 4.5m listening room. We preferred a touch of toe-in towards the listening position to aid soundstage solidity, but even without that the speakers’ image is stable and precise.

Connection is made through high-quality WBT terminals (above). The biwire shorting links are among the classiest designs we’ve seen, but you’re not likely to need them as, in our set-up, the XLSes performed best with both pairs of terminals connected directly to the amp.

Take a look inside that hefty (and well built) cabinet and you’ll find the drive units live in separate compartments (see diagram below). This reduces the amount of cross- interference as far as sound goes, and makes the cabinet itself immensely strong – that’s usually a good thing.

Thankfully, despite the multitude of drive units, these Neats sound remarkably cohesive. While the XLSes might lack the tonal neutrality of some rivals, they counter with a rare top-to-bottom consistency.

This quality means that, whether you listen to Orff’s Carmina Burana or Adele’s 21, each instrument and voice is rendered with consistency regardless of where it sits in the frequency range.

Whatever you care to listen to, these Neats are the kind of speakers that just fade into the aural background and leave the music to take centre stage. We can only admire the XLSes’ impressive confidence when handling complex material, and their ability to organise music in a wholly understandable way.

If you’ve never understood why people regard Miles Davis’ Kind of Blue as a work of genius, these Neats make it plain. The music simply makes more sense, and that makes it easier to understand and enjoy.

Neat’s engineering approach is unconventional, and so are the sonic results. There are some fabulous speakers at this price level, and Neat’s XLS must be counted among them.