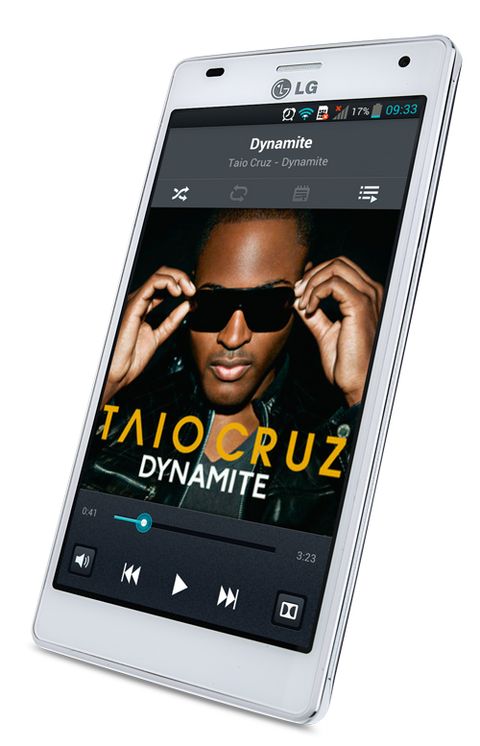 It may not stand out from the crowd in terms of style or spec, but it's a worthy alternative to the best

The last few years have seen Korean giants LG and Samsung replace the traditionally better-known Japanese companies as the biggest powers in consumer electronics, most notably when it comes to televisions.

Samsung has since turned its attention from smart TVs to smartphones, and LG is hoping the Optimus range can be its Galaxy or Nexus equivalent. With the 4X HD, the firm has delivered a phone that looks very strong, if somewhat derivative.

The LG Optimus 4X HD has a 4.7in IPS 1280 x 720 HD LCD screen, with a healthy 312 pixels per inch. Slim and light, the 4X HD is a little squarer around the edges than some, but feels well built and gives you a little more grip than others.

The power/screen on/off button is on the top edge of the unit, which we think always feels a bit of a stretch on any 4in+ screen, while volume controls require a reach around to the top left hand side (for right-handers). There’s no hard button on the front, rather three standard touch keys at the very foot of the phone – almost too low down.

As well as the standard customisation provided by Android 4.0, there are some neat features, such as the lock screen effect, which reveals the screen below as your finger moves around the device. As yet, there remains no word as to whether the 4X HD will get updated to the latest Jelly Bean Android OS.

LG adds its own software tweaks and apps, though not quite as aggressively as Samsung. Media Home, which brings all your music, videos and pictures in to one clearly laid out app – though strangely only in landscape mode – is handy, while the SmartShare DLNA app allows you to push and pull content to and from connected devices.

For buying music and movies you’ll have to stick to the likes of Amazon and Google Play which is no bad thing. You’ll also find Bluetooth streaming for audio and NFC (near-field communication) for wireless transfers.

The 4X HD proves fast and responsive, the 1.5 GHz quad-core processor doing its bit, with clear text and one of the better keyboards in terms of accuracy, though you can feel (and indeed see, at an angle) that the pixels aren’t quite as close to your fingertips as on other phones.

Multimedia performance hits the spot. Videos favour a natural, relaxed colour palette, with skin tones realistic rather than overblown, while edges are again drawn sharply. Similarly, the sound quality is admirable. Disclosure’s Latch sounds clean and crisp, avoiding any harshness in treble and delivering decent weight and detail to bass notes. Only the best deliver a little more punch.

The LG doesn’t do a lot to stand out from the crowd, clearly borrowing from a blueprint of how to build a successful smartphone. That said, it’s delivered pretty well. Nicely put together, fast and intuitive to use, and solid with music and movies, it’s one for the shortlist.