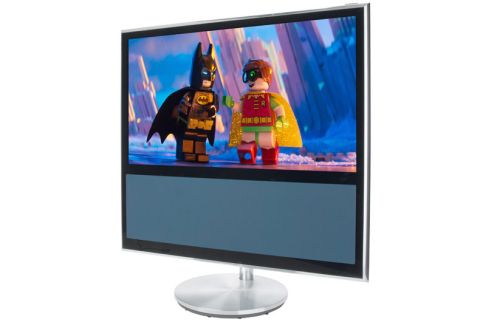 Looking for a truly luxurious TV that delivers a great performance too? This is it

What makes a television luxurious? Are cutting edge engineering and great performance (at a suitably high price) enough, or is there more to it than that? And, ultimately, does this Bang & Olufsen BeoVision 11 TV deliver?

There seem to be two approaches. The common path, followed by all the industry giants, prioritises technology above all else. The most expensive sets have the most advanced features, and if you’re lucky, greater attention paid to the cosmetics.

This makes for exciting products, but it doesn’t take long for that new tech to trickle down to more affordable price levels – just witness what happened to smart TV, 3D and Full HD. At that point your high-end television has little to differentiate it from cheaper brethren, bar a flashier finish.

Bang & Olufsen has always done things differently, partially because it has to. This relatively small company just doesn’t have the development resources or economies of scale of the big players.

Indeed, specialist companies such as this rarely make major advancements in vision technology (although once something is developed, such brands can still fine-tune the performance to a certain degree).

Bang & Olufsen’s strength is in its understanding of the luxury market and what the people that buy such products want.

The BeoVision 11 can be customised to suit your home decor with a choice of black or white cabinets, and fabric for the front speaker grille in red, blue, white, black, silver or dark grey. The aluminium frames comes in silver or black.

High performance and construction quality are important, of course, but there’s also the ability of the product to make people feel good when they use it. That’s something the LCD-panel based BeoVision 11 does with ease.

It starts with the elegant look of the set and continues with the neat motorised pedestal stand. There’s also an option of a motorised wall bracket for those that don’t want to take up floor space. In both cases these motorised supports can swivel the TV to preset viewing angles.

Why? It’s useful if you have a certain place you like to sit during the daytime to watch TV and another in the evening. Now you can do both and even program a third option for tucking the screen out of the way when it isn’t being used - thoughtful, and clever. But there’s far more to this set than just fancy supports…

One of our most common complaints we have of flat-panel TV sets concerns their sound quality. The drive towards ever slimmer cabinets doesn’t leave much for decently sized drive units – but the BeoVision 11 is an exception.

Here, the engineers have managed to fit a three-way pair of fully active stereo speakers. The driver complement includes a 19mm dome tweeter, 5cm midrange unit and a 10cm woofer.

All these drive units are powered by dedicated 32W ICEpower Class-D amplifiers. That’s 6 x 32W power in total, and means the BeoVision 11 can output a maximum volume level of over 100dB.

Take a listen and all the effort is worthwhile: this is arguably the best sounding flatscreen we’ve ever reviewed. The sound has decent weight and authority, and the kind of clarity that’s usually the province of dedicated audio equipment.

In fact, B&O even promote the idea of using this TV as a dedicated audio system. While we would crave something of a higher quality for music replay that’s not a totally outlandish idea.

And again, while we’re not saying this is a replacement for a proper separates surround system, it’s a formidable achievement for a television.

If you don’t want to add an AV receiver to your kit rack, though, fear not – for the BeoVision 11 also has a surround sound processor built in, which means it can be the heart of a complete surround speaker set-up.

Once connected to any of B&O’s wide range of speakers the BeoVision 11 can use them in pretty much any configuration you want from basic two channel stereo to a full-fat system with surround-back speakers and extended height and width channels.

The processor knows what the speakers are capable of and manages bass output to each of the channels accordingly.

It also has dedicated sound modes for different types of programmes and can tailor its sonic presentation automatically when it detects say a change from say, the news to a football match (the type of program is flagged-up in the broadcast signal). B&O’s system is well conceived and works nicely.

And talking of thoughtful touches, there’s also the rather handy option of adding a 500GB internal hard disk for recording broadcast TV, though it’s pricey feature at £694.

By current standards that storage space isn’t massive, but it’s enough for around 120 hours of high-definition off-air broadcasts and around double that for standard-def material.

Our review TV sample had one fitted and it worked well. The recording procedure is seamless and easy, and the recordings are pretty much indistinguishable from the original broadcasts.

The BeoVision 11 is available in three screen sizes: the 40in under test here, together with 46in and 55in options. All are Full HD, of course, and 3D capable with active glasses.

The glasses aren’t supplied as standard, however, and cost a hefty £120 each – far pricier than the slicker-looking alternatives supplied by the likes of Samsung. B&O needs to be more competitive in areas such as this.

Similarly, smart TV is present, but is limited compared to cheaper mass-market alternatives. There’s BBC iPlayer, YouTube and a web browser, but little else that excites. However, there is space in the cabinet for an Apple TV if you have one.

The BeoVision 11 is also DLNA-compliant, so it can stream video and music from a home network via a wired or (fuss-free) wireless connection and, as is normal these days, there are dedicated iPad and Android control apps that give you a QWERTY keyboard for surfing the net.

This TV might be easy to use, but the initial set-up isn’t particularly straightforward. B&O intends the supplying dealer to get things going, and we would suggest doing just that – even if you’re charged for the pleasure.

It’s the only way to ensure the TV works as intended. That said, the basic picture and sound menus are simpler than the norm, and that's no bad thing.

Usually we keep clear of adaptive contrast settings, but not in this case. B&O’s engineers have sensibly mounted the BeoVision 11’s light sensor on the top right-hand corner of the TV, as opposed to on the front panel.

The unimpeded position on the top edge lets it account of the light conditions behind the set as well as in front of it, giving more consistent results regardless of ambient light conditions.

It’s a mark of the inherent ‘rightness’ of the BeoVision’s picture that we felt no great need to play around with its settings.

This TV looked lovely with the Blu-ray of John Carter. No matter what you think of the film, there’s no denying that there are plenty of visually spectacular scenes on show.

This B&O makes the most of them, with its impressively crisp detail and strong handling of contrasts.

It might ‘only’ be an edge-lit LED set, but the engineers have done a great job: in scenes where dark and light elements mix, the BeoVision differentiates the two superbly, keeping dark tones suitably deep without sacrificing much in the way of insight.

At the same time, brighter picture elements are delivered with plenty of punch and subtlety.

We love the colours, too. They’re rich without being overbearing and nuanced enough to convince with difficult-to-reproduce textures such as skin or grass.

We’re equally happy with motion handling. It’s stable and composed, even when provoked by the large-scale battles scenes set on Mars.

Switch to 3D with our old favourite Avatar and the BeoVision’s active set-up produces good results.

There are slight stability issues with fast motion – no worse than the best of its active rivals – but the ’11 still impresses with its composure, colour rendition and detail. As far as active 3D goes, this set does well.

Move to standard-definition source material in the form of DVD and the B&O continues to shine. Sure, there’s the expected drop-off in terms of precision and detail, but the picture remains remarkably clean and watchable.

Picture noise is held at low levels and specifics such as colour, contrast and motion are handled very well. Much the same holds for Freeview HD broadcasts.

Channels broadcast in HD look as good as we’ve seen them despite a certain amount of variability in the source material, while standard-def alternatives remain as easy to watch as on any other top-end set we’ve tried.

The surefooted handling of motion and high levels of detail work well with games, too.

Compared with conventional offerings, this 40in TV’s £5000 price-tag looks way over the top. However, once we started using it, the BeoVision 11 soon charmed its way into our affections. If the price doesn’t offend you, buy with confidence.