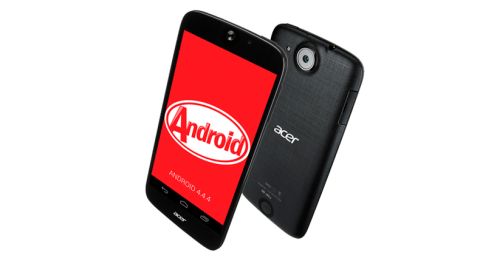 Sometimes you just don’t need the latest flagship smartphone with lasers and fingerprint scanners crammed into gleaming bodies of aluminium and ion-strengthened glass. Sometimes, you’d be prepared to settle for something simpler.

That’s especially the case if somebody promises you much of the good stuff for very little money. We’re talking about the Acer Liquid Jade Z, which offers some fancy electronics for just £150. Is it too good to be true?

Unfortunately, yes it is. Despite being able to boast a 5in 720p screen and a 13-megapixel camera, this budget model is a bit disappointing.

First impressions are not good. It’s a mess of a design, with a brushed effect on the plastic back that convinces nobody it is made of metal. It’s not great to hold, thanks to a slippery texture that works against the slim profile, not to mention a power button that’s got no business being at the top of the device.

Then there’s the build quality: its mildly flexible nature does little to reassure us that this smartphone is built to last. But to hell with the design – at this price we’d settle for a Toblerone-shaped phone if the picture and sound quality were up to scratch.

Sadly, the picture quality isn’t. The size (5in) and resolution (720p) of the screen appeals and it does a fine job with sharpness and contrast. Viewing angles are good for an LCD screen, but the white balance is a bit off.

To our eyes (and especially when compared with the competition) it seems a bit green.

General operation is erratic. Navigation between apps and menus is smooth enough, but during our test it occasionally slowed to a crawl. We wish the interface (Acer’s own, on top of Android 4.4 KitKat) were a little cleaner.

There is a lot of bloatware, much of which is not removable and ends up taking space unnecessarily.

Speaking of which, there is a microSD card slot, which we would recommend using, mainly because the built-in 8GB storage doesn’t go very far.

We managed to load just one 720p clip, 15x 44.1kHz WAV files and two hi-res albums before we ran out of space.

We’re not taken with the audio performance. It’s a thin, insubstantial delivery, and though we weren’t expecting the kind of bass that threatens our eardrums, better tonal balance would have been good.

Detail isn’t great either – textures are not cleanly defined and it all sounds a little vague. The Acer boasts DTS Studio Sound, but this is essentially an EQ that does little to improve the aural experience.

Can the 13-megapixel camera save the day? Not really. On paper it sounds promising, especially with that f/1.8 lens putting it on par with the Samsung Galaxy S6. But in reality it doesn’t even come close.

For a start, the software is sluggish, and even once it’s loaded, details are lacking. It’s not sharp enough to really etch those textures.

Yes, it’s cheap. And for the money, you get a 5in 720p screen, which is not to be scoffed at. But that’s not enough to outweigh the Acer Liquid Jade Z’s many other flaws.

It’s as frustrating as it is disappointing, especially when similar money could buy you a decent budget smartphone such as the Alcatel OneTouch Idol 3 (4.7).

If you’re looking to save cash it might be worth looking at the Acer – but for just a little more you could do a lot better.

Read all our Acer reviews and news