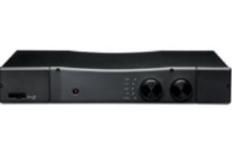 Not without limitations, but the Brio 3 gets an awful lot right at this money

There's no shortage of prodigiously talented amplifiers around at this sort of money. Rega has an enviable reputation at the more elevated price-points, but down at this sort of real-world budget the competition is feral.

Fortunately, the Brio 3 has the tools to fight its corner. It's packing a specification (50 watts per channel, phono stage, tape loop, three other line-level inputs on the plus side, no remote and no switching for a second pair of speakers on the negative) that puts it right in the thick of its competitors. Build quality is substantial, and there's even a gesture towards a design feature in the shaped fascia.

Most importantly, the Rega is a considered, articulate listen. Not many amps at this sort of money can unravel the complexities of Rahsaan Roland Kirk's The Return of the 5000lb Man, but the Brio 3 unfussily establishes a convincing soundstage. Cohesion and focus are first-rate, and the Rega does a fine job with high frequencies – they shine when they should, but never spill into hardness.

A more straightforward recording like Joni Mitchell's Both Sides, Now sounds natural and engaging, the vocal plaintive and fluent thanks to the Rega's powers of resolution.

You won't annoy the neighbours
Reservations come only at the bottom of the frequency range. The bass the Brio 3 serves up is speedy and disciplined, but it carries less weight than is ideal and can sound a little impoverished next to some.

Those who need an amp to shift enough air to bait the neighbours may want to look elsewhere. Everyone else should give the Rega Brio 3 an extended audition – as an introduction to the brand, it's ideal.