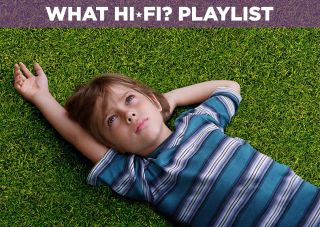 Following the life of Mason Jr. (Ellar Coltrane), the film charts his experiences from playful young kid to adolescent man in a series of moments that wonderfully captures the essence of growing up.

Shot over 12 years it features the kind of filmmaking brio that's packing its bags for TV; a long, sprawling tale that you can wallow in.

We see family upheavals, first loves and school life all from Mason’s perspective, and while that sounds excruciatingly dull, the execution of the movie is what makes Boyhood stand out.

The film revels in the humdrum of everyday life; the moments that eventually blossom and come to define and shape Mason as a person.

New friends, changing haircuts and attitudes mark shifts in time, while the soundtrack featuring Coldplay and Arcade Fire help give it a nostalgic tinge.

It often feels like it’s documenting American culture since the turn of the century, traversing the politics of the Bush administration to Obama, as Sony CRTVs and old Apple iMacs make way for 'facetiming' on an iPhone and Facebook.

There's no plot in a conventional sense, no character arc or three-act structure. Boyhood is content to amble through its 166-minute-long story – which thankfully never feels like a lifetime – and unfolds in moments that are subtle, unexpected and free from the narrative clichés that dog so many scripts.

It's an approach that brings with it its own problems. Its piecemeal construction means the story lacks a sense of narrative drive, which could lead to criticisms of the film being aimless. It can feel loose in places but it's never flimsy or rambling.

That the film ended up being so coherent is a marvel.

While relationships come and go in a flurry of faces – some things are never fully explained and just occur – these storytelling liberties feel appropriate.

Moments past by and fade away and it makes the film’s approach to storytelling that much more convincing in conveying real life.

The performances are generally excellent from all involved too. To see Coltrane's Mason Jr. change from the young, shy kid at the beginning, into an adult making his own choices is revelatory and his performance feels genuine.

Ethan Hawke and Patricia Arquette as Mason's parents Mason Sr. and Olivia respectively are on different paths and Boyhood is as much an exploration of parenting as it is growing up. We won’t say much about where they end up but their contrasting fortunes are genuinely affecting.

The only issue we’d have is the use of Lorelei Linklater's Samantha (daughter of director Richard), who finds herself marginalised towards the end and her performance comes across as a tad one-note as a result.

Boyhood is the type of film that washes over you. If you're of a similar age then you can point out the similar experiences (midnight launches for the Harry Potter books); moments that come careering past and are gone in the blink of an eye.

For anyone else Boyhood is a window into a life full of vicarious moments, a noteworthy filmmaking achievement that we never found to be rambling, overlong or boring.

A terrific reminder of how good cinema can be.