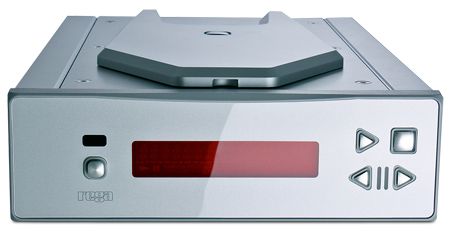 Admirable in many ways, but not as complete as it should be

Rega's on something of a roll just now, after a spectacular 'one-make system' Supertest in our January 2012 issue.

Hot on the heels of the company's small-but-beautiful 'Brio-R' amplifier and 'DAC', erm, DAC comes the Apollo-R CD player.

A reassuringly chunky build
The original Apollo CD player, launched in 2005, was a roaring success, and this -R version aims to build on that.

Like the rest of Rega's entry-level electronics, the Apollo-R is a compact, aluminium-clad device. The top-loading mechanism is manual, with a gratifyingly positive action to the disc cover (it needs at least 9cm of clearance to open fully).

Socketry is adequate (stereo RCAs, coaxial and optical outputs) and there's a full-function remote handset that feels just a bit cheap compared with the unit itself.

With a copy of Radiohead's In Rainbows clipped in and the devilishly testing Reckoner playing, all of the Apollo-R's strengths and weaknesses are revealed.

This is a neutral, natural-sounding player that gives just the right timbre to instruments.

Plenty of detail and bass weight
It describes a spacious, airy soundstage that's convincingly three-dimensional. It extracts plenty of detail, gives the low frequencies weight and solidity, and has sufficient dynamism to deal confidently with the peaks and troughs of the performance.

What the -R can't do with as much positivity is tie all of the information together wholly convincingly. There are no pieces missing from the jigsaw, but rather than being a complete, unified picture the Rega doesn't do much more than sort the edges out from the inner pieces.

As a result its presentation is packed with information that isn't organised as well as it might be.

CD players at this kind of price are thin on the ground, but the Apollo-R doesn't do quite enough to unequivocally plug the gap.