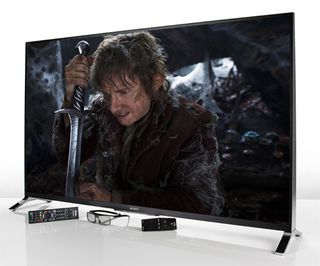 Sony has revised its profit forecast to just over 10 per cent of its initial forecast, just weeks before the company plan to announce its results for the 2013 financial year.

The latest forecast, revealed today, predicts a 26 billion yen (£150m) profit, down from the 230 billion forecast made last May. This figure would equal an 88.7 per cent drop in operating income compared to the 2012/13 fiscal year.

Sony now expects to announce a net loss of 130 billion yen (£750m), with the company staring at the possibility of missing its financial forecasts for the eleventh time in 13 years.

Sony said the primary factors for the downward revision were the company's exit from the PC business and the end of the VAIO range – announced in February – and also the "demand for physical media contracting faster than anticipated, mainly in the European region".

Announcing the news, Sony went on to say "the future profitability of the disc manufacturing business has been revised".

Kazuo Hirai became Sony CEO in February 2012 and promised to focus the electronics business on mobile, imaging and gaming.

Sony announced six million unit sales of the PS4 in March 2014, and has launched the Xperia Z2 phone to critical acclaim.

The company also announced it would be focusing on 4K TVs in an effort to concentrate its TV division on higher value products. Ten years of losses on TVs for Sony have amounted to $7.8 billion.

Sony's comment on the decrease in demand for physical media looks like an end for any plans for 4K Blu-ray discs.

Streaming services continue to take market share and also position themselves as cutting-edge, fast-moving technology companies – most notably with the launch of Netflix 4K.

Sony's stock has risen 30 per cent since Hirai's appointment as CEO, though this is a slower rise than that seen across the wider Japanese market, which has risen by 65 per cent over the same period, reports Reuters.

Sony is set to announce full-year results for its 2013 fiscal year in two weeks.