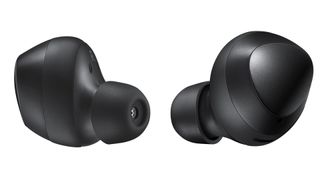 The successors to Samsung's Galaxy Buds true wireless earbuds could well sport double the battery life of the originals.

According to a new FCC filing for model number SM-R175 (presumably the Galaxy Buds 2), spotted by Droid Life, they will use 300mA batteries for the earbuds and a 600mA battery for the charging case compared to the Buds' 150mA and 300mA respectively. That should translate to a total of 26 hours battery life from a single charge – 12 hours from the buds and 14 hours from the case – which would make them among the more durable on the market.

While this is obviously an important spec for true wireless buds, Samsung's next AirPods rival will need to do more than just go big on battery when it arrives (which is poised to be around the time of the Samsung Galaxy S11 launch in February).

Manufacturers have taken plenty of swings at Apple AirPods in recent years, but many of them have been misses – and Samsung's Galaxy Buds is one of them, with a lacklustre performance absent of detail and tonal balance. "The Galaxy Buds sound more or less equivalent to a pair of cheap in-ears - and not even a particularly good pair," as we said in our two-star review.

A big battery may put a thick tick in a box for any forthcoming Galaxy Buds 2, but they'll also need to make big sonic improvements to be recommendable.