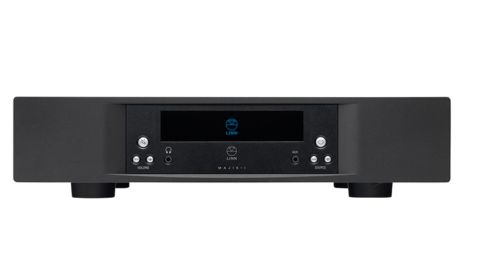 It's a decent amplifier, but priced against stiff competition

Linn's new integrated amplifier, the Majik-I, is more sophisticated than its simple, yet undoubtedly elegant appearance suggests. For starters it comes complete with a decent quality moving-magnet phono stage, which is something of a rarity these days (see panel for more).

You can also configure each of the five line-level inputs to a specific source by naming the input appropriately and adjusting the relative volume level to suit differing output levels. Other neat touches include a front-panel-mounted 3.5mm input jack for those who want to listen to their MP3 players through the main hi-fi, and the ability to accept modules that make active operation possible with Linn's own loudspeakers.

Watching its weight
The Majik-I feels lightweight compared with most of the established competition or even, for that matter, the Cambridge 840A v2 (reviewed this issue p12), which costs only half as much. any people equate weight with quality: in this case that would be a mistake. The low weight is in part due to the use of a switched-mode power supply instead of he more conventional (heavy) transformer-based designs that most rivals employ.

Get past the lack of weight and there is much evidence of good-quality build. Fit and finish is every bit as impressive as you'd expect at this price level, and the feel of the minimal
front-panel controls is classy, too.

Chip-amp and Chakra
The Majik-I's power amplifier circuits are based around Linn's Chakra design, where a single chip-amp is used in combination with a number of external tran-sistors, which are used as boosters. At low volumes, the chip-amp does all the work, leaving the tran-sistors to deliver the muscle as the volume level rises.

The idea works well to a point, with the Majik-I delivering a fast and punchy performance with Radiohead's The Bends. The Linn majors on giving a direct, ard-hitting sound with a good sense of rhythmic drive.

A certain richness missing
So far so good, but the Majik-I isn't so skilful at delivering very low-level detail or the natural richness in a recording. Even a full-bodied disc such as the first The Lord of the Rings OST sounds overly dry and just a little clipped. There isn't he space, low-level detail or bass power we'd expect at this price.

The Majik-I is an enjoyable amplifier, but in pricing it against the likes of Primare's I-30 and AVI's Laboratory Series, Linn has forced this little amp to bite off more than it can chew.