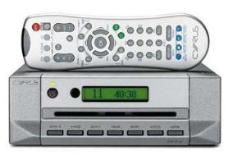 Though still effortlessly brilliant, the Cyrus is no longer the king at this price

CD player Product of the Year 2009

Given its Award-winning competition in the shape of the brilliant Audiolab 8200CD, the Cyrus CD6 SE has its work cut out – but let's not forget what a special player it is.

Arriving on the scene (after many, long delays) back in September 2008, it didn't so much beat the competition, as completely smash it, redefining the performance you could expect at under £1000 (and a lot more than that) in the process.

Tight, punchy and precise
The key was a brand new, in-house-developed CD transport and accompanying software that minimised errors and maximised detail and precision.

And boy, did it work – we described it then as being ‘astonishing', and ‘comparable with the very best machines around, regardless of price'. The good news is that it's still astonishing.

The bad news, for Cyrus at least, is that it's no longer the only astonishing sub-£1000 CD player.

Play Crystal Castles' Empathy, though, and it's be hard to imagine a better-sounding unit. The CD6 SE exceptionally tight, punchy and precise. The leading edge of the digital clap hits like a smack in the head while the bass is like a kick in the guts – in a good way, of course.

As the track gets busier and more fractal, the Cyrus controls it like the conductor of the world's most organised orchestra, with each note placed perfectly in space and time.

Cyrus kit has a reputation for being a bit bright and light weight, but a switch to Ludovico Einaudi's Nightbook proves that these days that's far from the truth.

Here the strings and higher piano notes are sparkly and direct, but never harsh, and there's weight and depth to the bass that creates real authority and solidifies the track's early sense of foreboding and drama.

Serious sonic character
It is true, though, that you wouldn't want to partner the CD6 SE with kit that's already very excitable, as the cumulative giddiness could go a little too far.

It seems peculiar to talk about weaknesses when referring to the Cyrus – we're far more used to extolling its many virtues – but the arrival of the Audiolab 8200CD does shift the goalposts a little.

Nick Cave's score for The Road illustrates the reason the Audiolab pipped this Cyrus to the post for a 2010 Award – the new rival evinces a smooth fluidity and dynamic nuance that just about outshines even the staggering performance of the CD6 SE.

Of course, the big dynamic shifts are beautifully rendered here, but tiny, low-level dynamic details – from the slight change of pressure on the piano keys to the ever-so-gradual decay of a note from a violin – are slightly less compellingly presented.

That said, It's not a huge difference in absolute quality: the CD6 SE has a gorgeous sonic character all of its own, and such a breadth of qualities, that it fully deserves to retain its five-star rating.

While its lack of digital inputs is significant, the Cyrus's exceptional performance and endless upgradeability make it the only conceivable alternative to the all-conquering Audiolab 8200CD.

Watch our Awards video of the Cyrus CD 6 SE