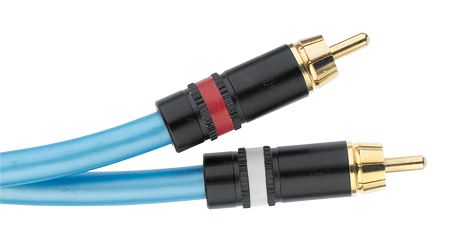 If you’re after an interconnect that will convey all the energy of your CD player, this is it

In a market dominated by Chord’s mighty CrimsonPlus interconnect at this price, Merlin’s Mozart has its work cut out. Can it do enough to enchant us?

Well, it certainly does a nice line in sparkle. Hooked up between our reference Cyrus CD6 SE CD player and Roksan Caspian M2 integrated amp, with a pair of ATC SCM11s pumping out the sound, the Mozart conveys an open, fluid performance.

Jimi Hendrix’s Castles Made of Sand, will show up any lack of groove in a cable’s performance, but the Mozart copes admirably with the nuances of the guitar part. Vocals, likewise, are clear thanks to deft midrange handling.

Why four stars, then? For all that openness and exuberance, there’s a lack of warmth that can cross over into hardness when the going gets boisterous. But that’s a minor complaint, really. The choice between the Mozart and the CrimsonPlus really comes down to whether you value openness or precision the most.

See all our cable reviews