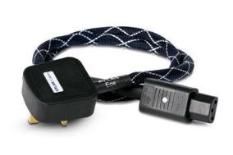 Well-balanced, delivering impressive depth and scale with both AV and hi-fi

At almost twice the price of the Chord Company SuperScreen cable, the glitzy Atlas Eos could have its work cut out.

After testing it, though, it's clear that for £1000-£2000 system components, the Eos produces worthwhile improvements over its cheaper rival.

Low frequencies are blessed with greater muscularity and solidity, but not at the expense of detail or definition.

The texture of notes is more apparent than when you're using the cheaper cables: the Atlas Eos unearths extra layers of detail and wows you with added subtlety.

There's also an increase in picture sharpness and reduction in on-screen noise.