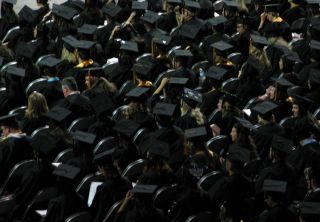 Bedding, clothes and cooking implements are probably up there on the list of must-haves when it comes to your packing, but you won't be spending all your time in lectures – or the student bar – so you'll probably want to find something to fill the time.

Music, films and games – whether you're having some down time in your room or spending some time with your new flatmates, we've put together a handy guide to some of the best AV kit you can buy on a modest student budget for the start of the new term.

Their compact nature make them an all-important space-saver, while being portable is a godsend if needed elsewhere: 2014 has seen its fair share of wireless speakers hit the market, so there are plenty of options – but which is best?

The Minx Go is a great product for this money, delivering fine sound and a portable battery. It makes a terrific travelling companion, but it'll also fill a small- or medium-sized room with sound quality that belies the diminutive size and price tag.

MORE: See all our wireless speaker news, reviews and products

Like it or not, you're not going to be able to up sticks and take the family's 50in TV with you. That might come as bad news, but the good news is that you needn't break the bank on a new set that'll see you through term with access to your favourite programmes...

We won't hold it against you if you haven't heard of Kogan before. It's an Australian brand, and we managed to get our hands on just one of its sets. What we found here was a cheap and cheerful screen that will do a decent job for a bargain price.

If your budget stretches a little further and you're perhaps making a bit of an investment in your term-time telly, it's difficult to see past this five-star Sony screen. We've seen the set available for around £430 on our virtual travels; easy on the eye and wallet too.

Tired of the same old black boxes? How about one that pretends to be a chunk of rock crystal? That’s what you'll get with the Sony BDP-S4100 Blu-ray player. And the Best Blu-ray player up to £100 in our 2013 Awards can now be found for less than £80.

Panasonic knows what it takes to make a great Blu-ray player. The '460 remains a top spinner for the money, with very little to fault, and its price tag has shrunk in recent months.

If in-ear headphones are more your style, there's no shortage of five-star performers out there. And one example comes in the form of these Sonys, which are nearly faultless when taking into account their fit, function and sonic form for just a little over £50.

MORE: See all our headphone news, reviews and products

A bargain of a radio at £85, the Pure Evoke D2 was named Best Radio Up To £100 in our 2013 Awards and it's an excellent unit. We'd also be tempted to invest in a £28 ChargePak battery if you were thinking about making this unit a little more mobile around campus.

Our radio Product of the Year in our Awards 2013, here's a radio that does it all – and does most of it well. From internet radio to Bluetooth streaming, it might take a bit of time to get things set up properly but this is a one-stop portable solution that won't be beaten.

MORE: See all our digital radio news, reviews and products

It might not be flawless, but this seriously cheap price tag – now under £100 – shouldn't be seen as a warning. In fact, this is a superb budget tablet with a lot going for it; compromises have been made but Tesco has focused on the areas that matter most and done a fine job.

The new Google Nexus 7 seriously impressed us when we reviewed it back in October. So much so, in fact, that it took 2013’s sub-8in tablet Award and snatched the Product of the Year honour from under the iPad’s nose. You'll not be left disappointed.

It used to be the case that a games console was for gaming and only for gaming... and it only takes a quick look at an auction site such as eBay to see that the Sega Mega Drive and Super Nintendo Entertainment System can still be yours for some retro cool.

But consoles have morphed into multimedia hubs for films, TV catch-up, photos, music and more... not forgetting a game or two here or there. And what better way to introduce yourself to your new friends and housemates than by being the social hub for films or games nights?

The Sony PlayStation 4 and Xbox One are the leading next-generation consoles on the market, with both having plenty to offer. But if you can't stretch your budget as high as £350, there's nothing wrong with their predecessors – the PlayStation 3 or Xbox 360; prices for which are much lower.

You have the kit, but now you need the content. From our experience, it can often be impractical to lump your CD or DVD collection to university and back every term, no matter how impressive or eclectic it is. You're just as likely to find favour with streaming services.

This is how you do it. Netflix is a perfect example of doing the right things well. It’s without doubt one of the most satisfying streaming services we’ve used – fuss-free and easy to love. And it's everywhere – Netflix runs on pretty much every platform you can expect.

Spotify is arguably the company that kicked off the big music-streaming revolution and, in many ways, it’s still the company leading it too. And if you want the most complete service with an outstanding catalogue, you needn't be looking any further than this.