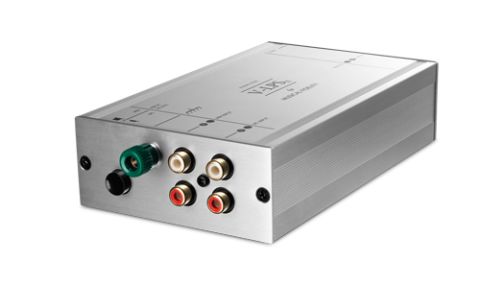 Plenty of weight and a smooth tonal character, but could be better balanced

Better known for its amplifiers and other hi-fi components higher up the price scale, the six-strong Musical Fidelity V series aims to bring some of this expertise to a more affordable price point, such as with this V-LPS II phono stage.

The Musical Fidelity V-LPS II phono stage has the same compact dimensions as the rest of the accessories, with (tight) MM and MC phono connections at one end and the phono output at power connection at the other. We must admit, it seems a little untidy…

But it’s what’s inside that counts, and this phono stage sounds weighty and solid – although the bass is arguably a little too pronounced, and certainly a little loose, which has an adverse affect on the overall timing of your tunes.

There’s decent detail, however, good clarity to treble notes and an overall smoothness to the sound. We're less convinced when we use the MC connection, which sounds a little disorganised – this isn't a surprise on a relatively affordable phono amp.

For an affordable phono stage, the Musical Fidelity V-LPS II produces admirable results, not least if you want a rich, bass-led sound.