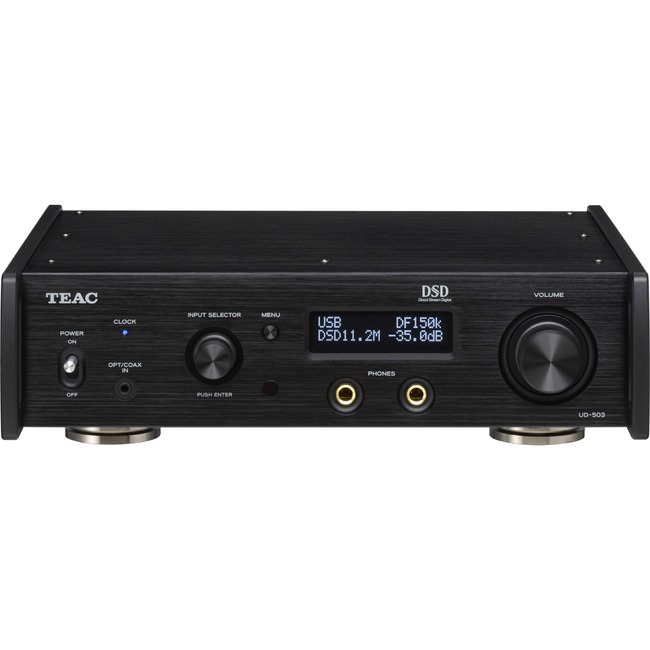 DAC with dual-monaural structure is even more advancedHigh-performance VERITA AK4490 DACs support 11.2MHz DSD and 384kHz/32-bit PCMFor DAC chips, which are the keys to digital audio, we have used VERITA AK4490 DACs, which are made by Asahi Kasei Microdevices Corporation and have an established reputation for use in high-end audio equipment.* The VELVET SOUND architecture provides the fine expressive capability suitable for the playback of high-resolution audio sources that reproduce sound waves outside the human audible range. Furthermore, a newly developed low distortion technology enables performance of S/(N+D) = 112 dB. This is the best level in the industry for a 120dB class DAC.Not only is native playback with direct processing of 11.2MHz DSD signals possible, support is provided for an even greater variety of high-resolution audio sources, including 384kHz/32-bit PCM digital input. We have realized expression of the fine smooth detail and outstanding sense of sound placement that characterize high-resolution audio sources.Dual-monaural structure supports fully-balanced transmission and realizes further advancementBehind the expressiveness of the UD-503, which exceeds the level expected of its class, is an indulgent dual-monaural circuit structure that encompasses every aspect from the power and D/A sections to the analog output stage. Starting with the toroidal core power transformers, which feature the ability to supply stable current, and the high-performance VERITA AK4490 DACs, the dual-monaural structure has a complete mono circuit for each channel. This prevents the signals from interfering with each other as much as possible. Interference is suppressed between the left and right channels, which is particularly important for headphone listening, so this unit can also be used as a high-performance headphone amplifier. Furthermore, by processing the output signals of each channel completely with a differential from immediately after D/A conversion to the final output stage, common mode noise is removed and the sense of air that high-resolution audio has is not lost in transmission during balanced output.In addition to 44.1kHz and 48kHz internal clocks, 10MHz external clock input is also supported./dt>When connected by USB, rather than synchronizing with a computer clock that is unstable and noisy, the UD-503 supports asynchronous USB transfer mode, allowing it to control PCM and DSD signals by synchronizing with its own clock generated by its built-in high-precision crystal oscillator. Two dedicated internal clocks running at 44.1kHz and 48kHz are built in. By applying clock from an audio grade high-precision crystal oscillator, which features low phase noise, to input signals which that sampling frequency are whole number multiples, the effect of jitter on audio quality can be largely suppressed and the audio source can be reproduced faithfully. In addition, with support for 10MHz external master clock input, synchronization with master clock signals of even higher precision is possible. By synchronizing with clock that has an even higher precision, you can enjoy changes in tone quality and improved audio quality that can be felt physically.

‹ Back to Teac products

‹ Back to Teac Hi-Fi