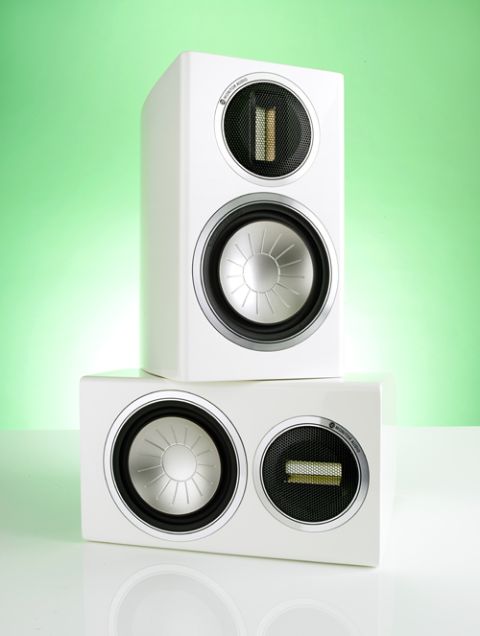 A talented speaker that does most things right, but plays it a little too safe

We last reviewed the Monitor Audio Gold GX50s back in 2011. Back then they scored the full five stars, but the standmounter landscape has changed and now there are a lot of talented younger rivals around.

Can these speakers hang on to their gold medal?

In every price bracket, it’s usually a safe bet that Monitor Audio wins on the aesthetics front. That’s exactly the case here: the Gold GX50s are gorgeous speakers, their curved-walled, super-glossy cabinet having luxury written all over them.

But it’s a practical design too: the shape is meant to increase rigidity and reduce the impact of standing waves inside.

On the front is a ribbon tweeter similar to that used in the high-end Platinum range. Beneath that is a 5.5in ceramic-coated aluminium/magnesium mid-bass driver, with ridges on the cone to help increase stiffness and limit distortion. The drivers are nicely embedded, and trimmed with silver rings.

The GX50s look far more luxurious than their similarly priced opponents. And at 7.5kg they feel it, too. When it comes to perceived value, Monitor Audio gains an early lead.

Sound-wise, however, these speakers aren’t so attention-grabbing. But that’s no bad thing: there’s something to be said about an easygoing sound, and these are some of the most unforced speakers we’ve heard from the company.

They’re evenly balanced and there’s a fine sense of transparency too. These speakers are revealing enough to show any harshness in your recordings, but not so analytical that they’ll make a point of highlighting flaws. The soundstage isn’t the widest we’ve heard, but it is tall and focused.

There’s a good amount of bass on offer for the cabinets' size: low frequencies are relatively tight, punchy and agile. That ribbon tweeter sounds sweet too, affording high frequencies a good level of refinement.

We like refinement, but in the face of the competition the GX50s feel a little reined-in. The Focal Aria 906s have a similarly glossy vibe about them, but they’re more adventurous. In contrast, the Monitor Audios seem to play it safe.

Timing is decent, but a little more dynamism and panache are needed for them to be more engaging.

To get the best out of the GX50s, place them a couple of feet from a rear wall. This firms up the sound a little, and gives it a little more authority. A touch of toe-in and keeping them single-wired also helps to keep things cohesive.

Two years on, the Monitor Audio Gold GX50s are still good performers. But they aren't cheap, and there are more affordable rivals around that offer a higher level of musical engagement.

Still, if you want a refined, great-looking pair of speakers, give these an audition.