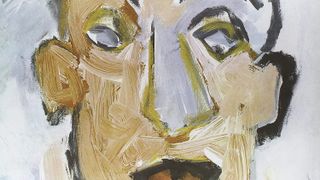 Sorry to be the bearers of uncomfortable news, but the 1970s began more than half a century ago. Sickening, isn't it?

For some of us casting our minds that far back is quite literally impossible, and we'd wager it's a struggle for pretty much everybody else. Luckily for the purposes of this quiz, however, the music that was made during that golden decade is still being played regularly to this day.

So to complement our feature detailing 10 of the best 1970s albums to test your speakers, we thought we'd have a go at a little quiz.

The premise? Well, there were 84 studio albums that topped the UK charts during the decade, and we want you to name the 51 groups and solo artists who released them. We've given you the names of each record below to help you out, but we're sure you can get a good few just by naming the biggest acts you can think of.

Compilations, soundtracks and live albums don't count for this quiz – so no Saturday Night Fever or Grease – but there are also a few self-titled entries that should help get you started.

Your time begins when you hit the play button, where a box will appear for you to type your answers. Each time you enter a correct answer, it'll be added to the board. If your answer remains in the box then it is simply incorrect.

Don't worry too much about punctuation, and shortened versions of some of the longer names will also be accepted, but correct spelling is a must.

Once you've filled in as many answers as possible, just wait for the timer to tick to zero, or click 'give up', and the rest of the board will be revealed. Then pop over to our social media channels or the What Hi-Fi? forums to let us and other readers know how you got on.