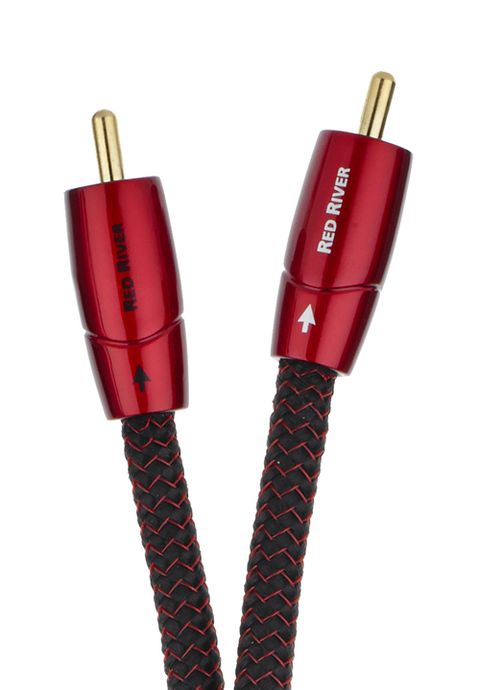 AudioQuest cables are functional – and educational too. Some are named after snakes, others bridges; this interconnect comes from a range named after rivers (there are two Red Rivers in the US: North and South).

But enough of the geography lesson…

Plugged into our reference kit, there’s immediately a greater sense of space and dynamics compared with budget cables such as the Wireworld Luna 7 and the Atlas Element Integra.

The boldness makes for a slightly forward and at times overwhelming approach compared with others, but that’s our only real criticism.

The Red River doesn’t have the refinement of, say, Van den Hul’s the Bay C5, but what this interconnect lacks in smoothness and subtlety, it makes up for in scale and dynamic scope.