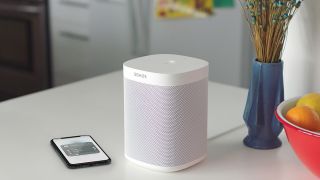 Sonos has confirmed Google Assistant, the company's smart voice assistant, will now go live in 2019 - a little later than planned.

A blog post confirmed that one of the most requested updates is taking longer than hoped to get right.

After initially aiming for a late 2018 launch, the company now plans to share the next update on the project in "early 2019". For now, beta testing continues.

"The reality is that we need a bit more time to get the experience right and will now look to lock down a date in 2019," states the post.

Sonos launched the Alexa-enabled Sonos One smart speaker in October 2017, followed this year by the equally smart Sonos Beam soundbar. The Beam launch was accompanied by the announcement of Apple Siri voice integration. Now the company just needs to get Google Assistant right for a clean sweep of the big three.