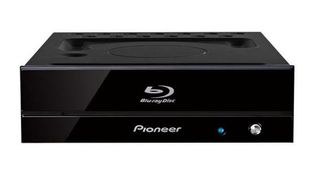 Pioneer is living up to its name by launching the world's first 4K Blu-ray disc drives for PCs.

The BDR-S11-BJK and BDR-S11-JX will let you enjoy the beauty of 4K on your desktop or laptop computer.

However, you'll need a pretty powerful machine to use them. Windows 10 is essential, along with an Intel Kaby Lake i5 or i7 processor, and at least 6GB of RAM.

MORE: Ultra HD Blu-ray: Everything you need to know

You'll also need a 4K monitor equipped with HDMI 2.0a and HDCP 2.2 support. HDR support would also come in handy, but isn't essential.

One last requirement - you'll have to install the CyberLink Power DVD on your machine. This ships with the disc drives.

These two disc spinners will launch in Japan at the end of February, but there's no word on when - or if - they'll land in the UK.

There aren't many films available on 4K Blu-ray yet, but the format is worth considering, not least because it has a better picture quality than 4K streaming. With Microsoft's Xbox One S supporting it - albeit with mixed results - it could yet become a mainstream format.

MORE: 4K Ultra HD Blu-ray: all the discs on sale and coming soon