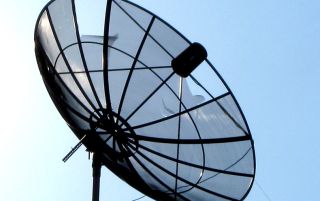 The Finnish organisation explained that a single frequency network is where all base stations use "exactly the same frequency to transmit TV content". This maximises how many simultaneous channels are able to be broadcast over a large area.

In addition to Nokia Networks, the Institut für Rundfunktechnik – the research institute of German, Austrian and Swiss broadcasting firms; Bavarian broadcaster Bayerischer Rundfunk; and others will be working on the trial LTE broadcast.

It enables free-to-air or pay-TV services to be received by anyone with a compatible devices, much like the current traditional TV broadcasting methods. Broadcasters could increase their reach to mobile users, with scope for additional interactive features.

Nokia Networks chief technology officer Hossein Moiin said: " LTE Broadcast is a technology well suited to distribute TV and broadcast services and will help us expand the benefits of mobile internet to everyone while evolving the TV viewing experience."

The LTE broadcasting trial has already started in Munich, with LTE equipment from Nokia currently being used in four Bayerischer Rundfunk locations to the north of the German city. But it's not the only exploration of such broadcasting methods right now.

If you've been to Glasgow Science Centre since the start of the Commonwealth Games, you'll have seen a BBC R&D demonstration of a live 4G broadcast that also has EE, Huawei and Qualcomm Technologies on board as partners.

According to the BBC, the aim is to offer live content to mobile devices in a "consistent quality", without the interruptions, buffering and freezing that can often arise when trying to access video content on a network at times of heavy traffic.

Does this mean the mobile revolution will soon be claiming the traditional TV? The results of the LTE/4G trials will no doubt provide an answer in due course...