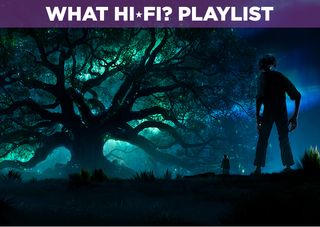 It's amazing to think that before 2016's adaptation of The BFG, Roald Dahl and Steven Spielberg hadn't crossed paths.

Dahl is one of the most revered storytellers in children's literature, while Spielberg is one of film's most popular directors – surely this potent combination would make for a fantastic film?

Not quite. The BFG has moments of visual inventiveness and amusing scenes, but the end result is a film that's unsure of itself, an easy watch that lacks some drama.

Sophie (Ruby Barnhill) lives in an orphanage, wandering its halls at night as she struggles to fall asleep. Afraid of what happens during the "witching hour", she spots a gigantic creature that turns out to be the BFG (Mark Rylance).

Fearing Sophie would reveal his existence, he whisks her away to his homeland in Giant Country where he insists Sophie must stay for the rest of her life.

Despite this, Sophie and the BFG become friends as she realises he's a gentle, kind giant. She is eager to learn more about his day job of catching dreams.

Her presence in Giant Country brings the attention of several other giants (led by Jermaine Clement's Fleshlumpeater), who bully the BFG and have predilection for eating children.

Sophie and the BFG must come up with a plan to stop the giants and get rid of them once and for all.

Shot via a combination of motion-capture and live action, The BFG is a technological marvel.

The way London is imagined draws comparison to Dickens, and the countryside is rendered in a lovely, bucolic way.

While we assume the BFG and the giants are deliberately cartoonish instead of photo-real, the motion-capture reveals all the subtleties of the actors' facial expressions and movements, which leap off the screen in a way that makes them feel 'real' and present.

However, despite this vivid world, the script by the late Melissa Mathison feels a little insubstantial for a two-hour film.

There are times where you'd want more zip and purpose, especially around the middle, where it comes to a (lovely looking) standstill as the relationship between Sophie and the BFG blossoms.

Despite that, the technology at Spielberg's disposal seems to have liberated him in other ways. This is his most playful film since The Adventures of Tintin (PS. we'd like a sequel to that, please).

Spielberg fully embraces Dahl's language (whizzpoppers!) and the more juvenile aspects of what is, lest we forget, a children's story.

Oscar winner Rylance continues to make acting look supremely easy, his BFG a kind soul who emanates watts of warmth. The partnership he strikes up with Barnhill's Sophie is at the heart of the film.

In Ruby Barnhill, Spielberg has found another capable child actress who doesn't look out of place among more established stars. Her Sophie is outwardly confident and determined, but also quite vulnerable.

Save for Jermaine Clement's Fleshlumpeater – a dolt of a giant who picks on the BFG – the evil giants aren't well-developed. They're often on the fringes of the story, which doesn't help the film develop a sense of tension or threat to BFG and Sophie's friendship.

In terms of A/V, its no let down either. It looks great on a Full HD set. The detail that comes through the motion-captured performances, whether its the facial twitches or the intricate detail in their clothing, is a task for any TV to pick up on.

Colour saturation will be tested as this film features plenty of vivid colours. You'll need a set that can handle that well without bleeding.

As for audio, the sound effects and score engage, coming alive thanks to some imaginative sounds that are clearly rendered – especially when there's any whizzpopping going on.

John Williams score isn't the most pronounced, but complements the action well.

While The BFG isn't quite the sum of its parts, there's a pleasant time to be had in its company. The story could use more zip and drive, but the relationship between Sophie and BFG makes up for some of the film's shortfalls in that area.

Though we'd file this as one of Spielberg's lesser works, from a visual and audio standpoint it's an enjoyable disc; one that should occupy the young ones, even if it does fall short of fully engaging the adults.

Buy The BFG on Blu-ray at Amazon

The BFG is available on Digital Download, and is out on Blu-Ray™ and DVD right now