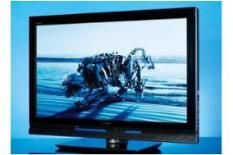 Sony’s ‘W’ series is back to winning ways with a belting, benchmark-setting performance

On paper, this is undoubtedly one of the most attractive propositions if you are looking for a 37in LCD TV.

The '37W5500 uses many of Sony's newest picture processing technologies, including Bravia Engine 3 and Motionflow 100Hz.

However, when we featured a 40in set from the W5500 range back in our May 2009 issue, it was troubled by excessive backlight bleed – to such an extent that it missed out on a five-star rating. Could history be about to repeat itself?

Lifting of the clouds
Not this time. With the backlight set to position two or three through the on-screen menus, the picture shows much greater stability and doesn't suffer any major side-effects.

Some might prefer a truer black, but the Sony counters this with a punchier, more dynamic picture. And elsewhere the Sony tries hard to convince.

Feed it a Blu-ray and the '37W5500 shows many talents. You're treated to an unbelievable amount of detail and a picture with enviable edge definition and depth.

Even without Motionflow engaged (some might find the effects of the technology too surreal), the Sony demonstrates excellent flexibility with complex movement.

In Australia, the tricky panning shots of the outback can trip up some TVs, but here the image is in safe hands.

Turn your attention to Freeview and flick to a good test channels such as Sky Sports News or BBC News 24, and you see that Sony's picture is on a par with the frontrunners of the group.

The news ticker bar scrolls along smoothly, while the detail on the studio presenters is of a high standard.

We're only talking a small degree of difference, but the speakers in the '37W5500 do sound more forthcoming and communicative than those found in other TVs, including the ‘S' series equivalent.

With no backlight issues holding it back, the '37W5500 is just a superb all-round performer.