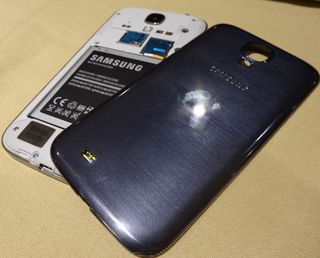 Wolfson Microelectronics is working on an audio super chip, which the company claims will significantly boost the sound quality of the next-generation of smartphones and bring support for hi-res audio.

The new WM5110 chip is a quad-core SoC (system on a chip), that centralises all the sound features of a circuit board to make it more efficient.

Wolfson also wants to bring hi-fi quality sound to phones. The WM5110 will be able to handle high sample rate tracks up to 24-bit/192kHz, so delivering above CD quality (16-bit/44.1kHZ) digital files to your mobile.

There are four digital signal processors on board, which provide up to 20dB of noise cancellation.

At a briefing with Wolfson, we tried a prototype unit that made voicemail sound clearer than today's phones. This could put an end to people shouting "I’m on the train!" during your daily commute.

Aside from superior sound, the WM5110 chip also promises lower power consumption. The chip has a low-power state that allows for always-listening voice activation without heavily draining the battery.

Wolfson claims that a WM5110-equipped smartphone would only use 12 minutes of battery in 24 hours. In theory, voice commands may finally become useful.

The WM5110 hasn’t yet been confirmed to feature in any phones, but Wolfson is aiming to bring the chip to the market in 2014.

Wolfson already has partnerships with plenty of mobile companies, with the international version of the Samsung Galaxy S4 sporting a Wolfson DAC (we're looking to get hold of this version of the S4 to compare to the UK Galaxy S4).

Perhaps hi-res audio is a feature to look forward to on the Samsung Galaxy S5...