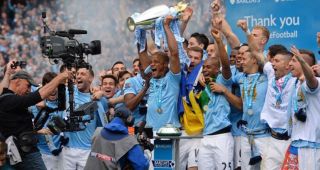 The review is to be carried out in accordance with the Competition Act, with Virgin Media claiming that the "collective" sale of live TV rights in the UK is in breach of competition law.

Virgin Media's complaint also raises concerns about the number of Premier League matches made available for sale, with the current proportion said to be far lower than other countries.

The Premier League sells live TV rights for 41 per cent of its games over the course of a season - the proportion which Virgin Media says leads to higher prices of premium sports channels to both subscribers and retailers.

An Ofcom spokesperson said: "Ofcom is mindful of the likely timing of the next auction of live UK audio-visual media rights, and is open to discussion with the Premier League about its plans."

MORE: Sky Sports 1 and 2 to be made available on BT's YouView service