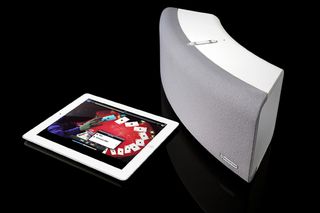 British hi-fi manufacturer Monitor Audio has announced that "access to greater economies" has allowed it to cut the cost of its S300 system and five-star ASB-2 soundbar.

Monitor Audio conceived the product as the "ultimate audio hub" for your home, and it offers Apple AirPlay, DLNA and UPnP connections to desktop and portable devices alike.

It boasts three HDMI inputs and a HDMI output for 1080p/3D video pass-through, as well as digital S/PDIF optical and coaxial inputs and stereo analogue RCAs.

Under the cover, five discrete power amp stages direct a total of 160W to six proprietary C-CAM drivers and it will achieve a frequency response between 20Hz and 20kHz.

You will be able to hook up your wi-fi network and stream music from iTunes, Spotify and apps installed on your smartphone, tablet or PC.

Both the ASB-2 and the S300 are now available at their revised prices.