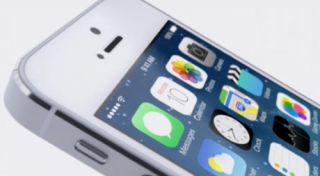 Apple has officially confirmed an iPhone event for September 10th, as was correctly rumoured last month.

Apple is set to launch the iPhone 5S and possibly a new, budget iPhone 5C, according to reports.

The official invite to the main event, being held in Berlin, Germany, simply states: "This should brighten everyone's day". This could be a reference to the colourful iOS 7 redesign or the launch of new, coloured iPhones.

The new iPhone release date could be as soon as the following Tuesday September 17th, with the 5S, an upgrade to the existing iPhone 5, looking the most likely device to be announced.

Apple is expected to launch at least one new smartphone this year, most likely the iPhone 5S. This is expected to be an upgrade rather than a complete overhaul, with typical upgrades to the camera and new features expected, as well as the integration of iOS 7 and iTunes Radio.

The rumour mill is also gathering pace for a cheaper iPhone however, which would help widen Apple's appeal in big growth markets such as China and India. China is the world's biggest smartphone market – and set to grow 48% in 2013.

Samsung has overtaken Apple in phone market share – selling four Galaxy S4 phones a second – helped by the popularity of its bigger, flagship S4 phone but also thanks to its huge range of products at different price points; something that Apple doesn't have.

While Apple isn't about to start pumping out phones at the rate of some its rivals, a more affordable iPhone alongside the flagship model seems believable.

All will be revealed on September 10th...