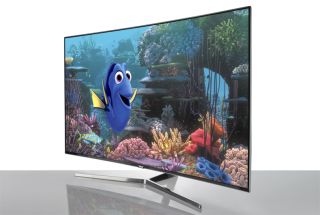 4K televisions have a greater adoption rate than HDTV, according to technology lobby group the Consumer Technology Association (CTA). Sales of 4K televisions in the US are expected to double to 15m units this year; rising to 20m a year in 2017 and 26m in 2019.

“Consumers are showing a strong preference for 4K,” said Gary Shapiro, CEO of the CTA. "It's faster and more robust than HDTV," he explained, in comments reported by VentureBeat.

But while 4K might be the highest resolution available in Europe and the US, Japan is set to broadcast 8K content in 2020 during the Tokyo Olympic Games. Sony and Panasonic are rumoured to be in the process of manufacturing televisions capable of supporting the increase in pixels.

MORE: 8K TV will be mainstream by 2020, study forecasts