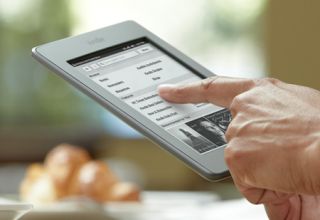 Amazon's Kindle Touch will go on sale in the UK tomorrow (April 21st), a week earlier than scheduled.

You'll be able to buy the device directly from Amazon, or assorted other retailers including Argos, Tesco and John Lewis.

Sadly there's still no UK launch date for the long-awaited Kindle Fire tablet. It was originally expected in January.