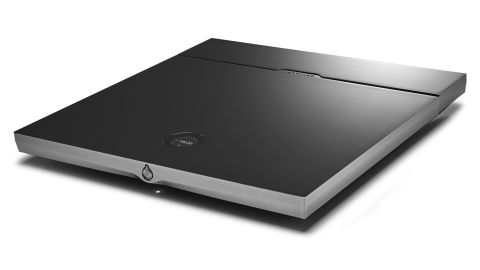 There really is nothing like the Expert 140 Pro on the market. This amplifier is a brilliant technical achievement, but its sound may leave some cold

Devialet’s original product was the £11,450 D-Premier integrated amplifier. We reviewed it back in 2012 and found an unusually innovative design that delivered fine sound wrapped in a truly unique aesthetic.

To some, it looked like the future of amplification, for others it resembled a posh set of chromed bathroom scales. Either way, it was a product that would end up dominating high-end amplifier conversations for much of the following year or so.

Six years on, the company has grown exponentially. A large part of its business is now the Phantom wireless speaker range, but that original amplifier has evolved into a full range of products that start with the Expert 140 Pro at just under £5,000 through to a high power dual-mono model that retails for almost five times that amount.

What sets a Devialet amplifier apart today is just about everything. The Expert’s slim proportions and shiny chrome finish are at odds with most high-end amplifiers on the market. That unusual form factor is possible thanks to a unique electronic design that combines an extremely high quality analogue Class A amplifier with a much beefier Class D partner.

The current generation of Devialet’s amplifiers have enjoyed a range of electronic refinements to their circuits (over earlier models) to reduce noise levels and distortion while improving heat management.

In combining the two classes of circuits (itself a difficult feat) Devialet’s engineers aim to achieve the holy grail of amplification – great sound quality combined with high power output and low power consumption.

This has never been a company that rests on its laurels. Over the years Devialet has continually added extra features and improvements to its amplifiers, and where possible made these improvements available to existing owners through free software upgrades. In our opinion, that’s brilliant customer service.

Unfortunately, not all improvements can be retrofitted, and that’s the case with the new Core Infinity digital module that adds a whole range of extra features to the basic amplifier.

With Core Infinity you get an UPnP renderer, so that you can now stream any music stored on a NAS drive or any other device connected to your network. We’re surprised that the company hasn’t developed a dedicated streaming app. You’ll have to use a third party option for the job. There are a fair few free apps on offer, though none we tried quite had the seamless feel of a good dedicated offering from the likes of Linn and Naim.

Apple Airplay, Spotify Connect and Roon compatibility are all on the menu with Bluetooth to be added in a forthcoming software upgrade. In effect, the Expert 140 Pro can now genuinely be considered an all-in one just-add-speakers system rather than just an amplifier.

Like every other Devialet amplifier this one is configurable as far as inputs are concerned. This is done through the website, where the nature of each input is decided and the resultant data file then downloaded onto a SD card. This SD card slots into the back of the amplifier, setting the various parameters.

You can decide whether the RCA sockets on the back panel support a record player (MM and MC cartridges are both acceptable), are analogue line level or coax digitals. There’s also an optical input alongside USB, AES/EBU and a fixed pair of coaxs. If you’re into digital you won’t get caught short.

The technology fest doesn’t end there. There’s also Devialet’s proprietary wireless link called AIR (Asynchronous Intelligent Route – yes, really) that works over your network and delivers sound quality very close to a high quality wired cable. Just load on the dedicated AIR software off the company website onto your computer, and off you go.

It’s also worth activating the SAM (System Active Matching) function. Devialet has a large and growing database of speakers, and provided it has measured your model, the Expert 140 Pro’s output can be tailored to match that speaker, in theory giving you the optimal sound. It’s a system that works well in our experience.

While still immensely flexible, the 140 Pro still isn’t quite as accommodating as earlier generations, which offered a variety of cartridge loading options, but for most it’ll be just fine.  Much the same could be said of build. Construction is good, but we notice that the chrome finish isn’t particularly smooth or luxurious and that distinctively styled remote – nice sized and a breeze to use – doesn’t work with the slickness of earlier versions. The Expert 140 Pro is less than half the price of that original D-Premier and it shows.

The amplifier’s model number comes from its power output into a 6 ohms load. The 8 ohm figure is around 105W per channel, which is still a healthy output bearing in mind the amplifier’s compact form. In use it’s plenty, with the Pro achieving high volume levels with our relatively insensitive (85dB/W/m) ATC SCM50 reference speakers.

It’s not just the clean delivery at high volumes that impresses. The Devialet delivers plenty of punch and drama when fed Beethoven’s Fifth Symphony from our reference Naim NDS/555PS music streamer. The amp’s presentation is impressively crisp, sounding notably free of artefacts that blur leading edges or obscure fine detail.

There’s plenty of insight here and all that information is organised in a composed and stable manner. Using the built-in streamer results in a leaner, less subtle sound, but one that is still commendable in terms of resolution and clarity.

Stereo imaging is pleasingly precise, with instruments spread in a cohesive and convincing arc around the speakers. The Devialet’s soundstage isn’t as three-dimensional as we’ve heard – there isn’t quite as much depth as we’d like – but its still good enough to allow us to pinpoint the location of instruments in the orchestra.

Tonally things are a little on the lean side, with the 140 failing to render the natural warmth and richness of the various instruments as well as the best at the price.  This trait gives the amplifier a clinical feel and stops us from getting as engaged in the music as we should be.

We change source to our MacBook (loaded with Audirvana music playing software) and listen to an Aretha Franklin greatest hit compilation through the USB input. We’re impressed by the amplifier’s agility, and its ability to define low-level detail of sounds so precisely. Things really do stop and start in an instant. Franklin’s emotion-charged vocals on I Never Loved A Man come through with impressive clarity and power.

We notice the same lack of natural warmth and weight as we did on the classical piece, but the 140 has enough in the way of musical cohesion to keep us hooked. Rhythmically, it’s a decent performer, managing to convey the changing momentum of the song pretty well, but we know that traditional all-analogue designs such as the PMC Cor or Naim’s Supernait 2 do even better.

The story is much the same through the other inputs. The amplifier is surprisingly capable with an analogue signal, considering it has to convert that signal into digital before the amplification process can take place. Given this extra stage, it’s a little odd that the sound of the digital output from our Naim streamer isn’t as good as the analogue feed.

In general, the digital inputs still work well, the Devialet always sounding informative and crisp, but our experience with the Naim (and a Chord Hugo 2) suggests there should be a little more to come in terms of quality.

The Expert 140 Pro is a deeply impressive product in so many ways. We love the way it looks and is designed. No other amplifier we’ve reviewed is so innovative in its electronic design or as configurable. The addition of the Core Infinity module with its range of digital options, particularly the UPnP streaming moves this amplifier to a point where no price rival we know of can come close to its convenience and features set. Technically, this amplifier is truly exceptional.

Yet, we’re left wanting more. We’re convinced that older generations of this design sounded better, while acknowledging the differences in price. Certainly, our recent experience of the PMC Cor and Leema Tucana Anniversary leaves us in no doubt that our money would go on one of these instead. In comparison, the Devialet is a little sterile sounding for our tastes, and dilutes some of the drama and involvement we would expect from a product at this level.

Despite our misgivings, the Expert 140 Pro remains a worthy choice for someone who values its technical brilliance, wide ranging features set and agile but informative sound. There really is nothing else like it on the market.

See all our Devialet reviews