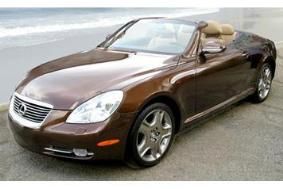 The switch to CD is complete, with the New York Times reporting that not one new US car this year will have a factory-fitted tape deck as it rolls off the production line.

The last US model to be fitted with a cassette deck was the Lexus SC430. Now, tape players won't be available even as an option.

But this begs the question: how long will CD players last in cars? With more and more vehicles, in Europe as well as the US, fitted with sockets for hooking up an iPod or MP3 player, and more upmarket models having integrated iPod docking systems, the days of the CD player could be numbered too.

Hard drives are making their mark as well, with built-in digital storage allowing car owners to download their music to a hard-disk drive built into the car's integral audio system.

And with some top-of-the-range cars now fitted with integral 3G/wi-fi, how long before we'll all be streaming Spotify as we cruise up the M1?

The switch from analogue to DAB radio is also underway, with Ford announcing that all versions of its new Focus model, due on sale in March, will be fitted with a digital radio as standard.