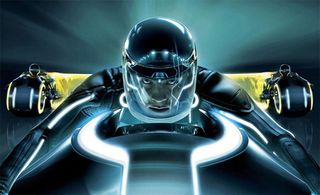 BSkyB will be made to loosen its grip on Hollywood films on pay-TV following an investigation by the Competition Commission.

In a provisional ruling published this morning, the Commission says that BSkyB's contracts with the six major Hollywood studios present "a significant barrier to entry to potential competitors, including BT and Virgin Media".

The industry regulator says that the prices charged by Sky to Virgin Media are too high, meaning Virgin can't make a viable business selling films to its customers.

Laura Carstensen, chairman of the Competition Commission's movies on pay-TV investigation, says: "Sky has had control of recent movie content on pay TV for many years. At the heart of the problem is Sky's strong position in the pay-TV market, with twice as many subscribers to pay TV as all other traditional pay-TV retailers put together.

"This provides Sky with a great advantage when it comes to bidding for movie rights, which no rival bidder has yet been able to overcome – and, if things stay as they are, we see no likely prospect of change.

"Recent movie content is important to many pay-TV subscribers. As a result, Sky's control of this content on pay TV enables it to attract more pay-TV subscribers than its rivals and having more subscribers increases further its advantages when bidding in the next round for pay-TV movie rights, and so it goes on.

Inception, Tron Legacy, Shrek Forever After and Sex and the City 2 are among the blockbusters about to become Sky's exclusive property on pay-TV in the UK.

The Commission says that the adverse effect on competition caused by Sky's movie domination meant that consumers were paying £50 to £60m a year more than would otherwise be the case.

It says that Sky should be restricted from signing exclusivity deals with all of the major Hollywood film studios for movie rights in the so-called "first subscription pay television window".

The Competition Commission will invite views on its recommendation before publishing a final decision in August 2012.