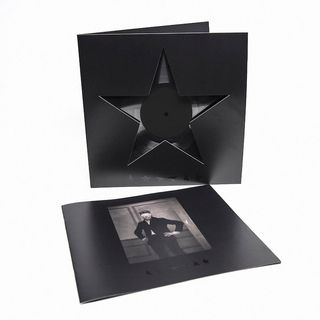 It looks as though the vinyl resurgence is here to stay. According to data from the British Phonographic Industry (BPI), sales of vinyl records reached 3.2m last year, the most since 1991.

Sales surged 53 per cent in 2016 to the 25-year high, helped in no small part by the release of the late David Bowie's last LP, Blackstar.

This is the ninth consecutive year that demand for vinyl has grown. While still small in comparison to other media - vinyl only accounts for five per cent of all albums sold - events like Record Store Day have helped vinyl make a triumphant comeback.

However, it wasn't just vinyl that saw a jump in demand. Consumers streamed a staggering 45bn tracks through services like Spotify, Apple Music, Deezer and Tidal. That's an increase of 68 per cent on 2015, and a phenomenal 500 per cent since 2013.

To put it in perspective, that works out at 1,500 audio tracks streamed for each of the UK's 27m households. And that's excluding YouTube, whose streaming stats aren't included in the data.

December 2016 also saw the first week to ever record 1bn music streams. Audio streaming now accounts for over a third (36.4 per cent) of all UK music consumption.

Sales of CDs are down 11.7 per cent, while music downloads gave way to streaming as the most popular digital way of consuming music.

MORE: You can play vinyl with the new £5 note, but probably shouldn't

Geoff Taylor, chief executive of the BPI and BRIT Awards, said that these stats heralded the start of an exciting new era for music.

"Growth in UK music consumption in 2016 was fuelled by the explosive rise in audio streaming and relative resilience from physical formats," he said. "Led by sales of David Bowie, demand for vinyl jumped to levels not seen since the start of the 1990s. Fans also bought and collected music on CD that they are discovering and enjoying through streaming services in ever larger numbers.

"We believe this performance is indicative of the promise of a new era for music, where recorded music's investments in a digital future fuel compelling benefits for fans, artists and the entire music ecosystem."

Vanessa Higgins, CEO of Regent Street and Gold Bar Records, and an independent label member of the BPI Council, believes people are also choosing to listen to music on physical formats as well as digital.

"Fans are listening to music in so many ways now - we've definitely entered a multi-channel era," she said. "Millennials, who've grown up digital, are increasingly choosing to experience both current and heritage artists on vinyl. Meanwhile, older baby-boomers are embracing streaming alongside their record collections. And there is still more than enough space for the CD, which remains popular both with upcoming artists, who need an attractive physical product, and consumers, who still like to gift, collect and own the recordings they love."