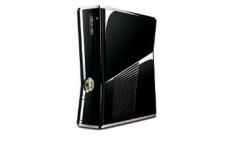 The latest version of Microsoft's console redresses some of our concerns about the media abilities of the older unit.

The new Xbox 360 is now slimmer, and has a revised disc transport that's now much quieter, while the 250GB hard-drive lets you rip games to avoid undesirable pauses in gameplay.

Online gaming is better than ever
It includes wi-fi too, and online access remains a big part of the experience. You can play games against people online, download demos, view the Sky Player, access Last.fm and enjoy a whole new approach to gaming with the Kinect control system (£125).

The paid-for Zune service allows for unlimited music streaming to your Xbox and a range of PCs and mobile phones. It also includes video downloads and 24-hour rental, turning your Xbox into a game-playing rival to the likes of Apple TV (£100).

It's now a decent all-rounder
Picture quality is fine – the Xbox shows them in standard-definiition or 1080p depending on your broadband.

It's not as impressive as Blu-ray, but unlike some services, films start playing almost straight immediately.

This raft of improvements paints the Xbox in a rosier hue through our media-tinted specs. Its games have always been great, and now it's a decent all-rounder, too.